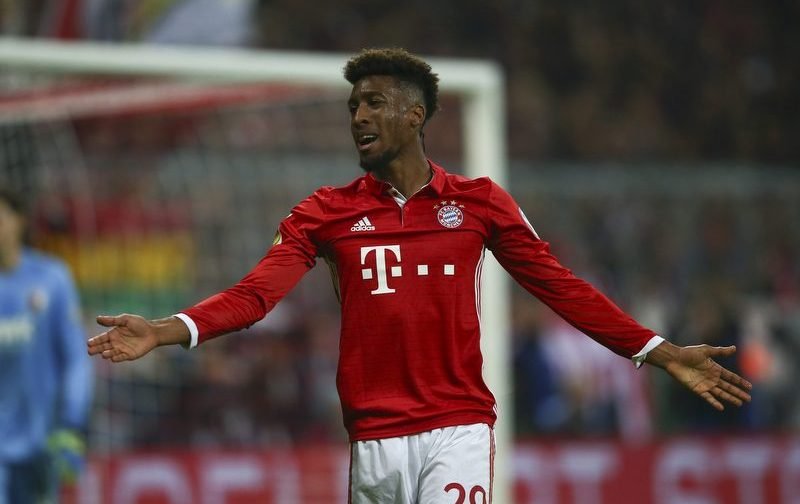 Chelsea and Manchester City have reportedly made offers to sign France international forward Kingsley Coman this summer, according to Calciomercato.

The Premier League rivals, who currently sit first and third in the top-flight standings respectively, have both been linked with landing the Juventus winger from under the noses of Bayern Munich.

The 20-year-old, who has 11 international caps for his country, has scored two goals in 17 appearances in all competitions whilst on loan at the Bundesliga giants so far this season.

Coman, who arrived at the Allianz Arena back in August 2015 on a two-year loan deal, has netted eight times in 52 games for the German giants, lifting the Bundesliga, the German Cup and German Super Cup last term.

The report suggests that Premier League duo Chelsea and City have lodged bids of around £43m for the forward, although Bayern can activate a clause in their agreement to make Coman’s move permanent before the end of April.