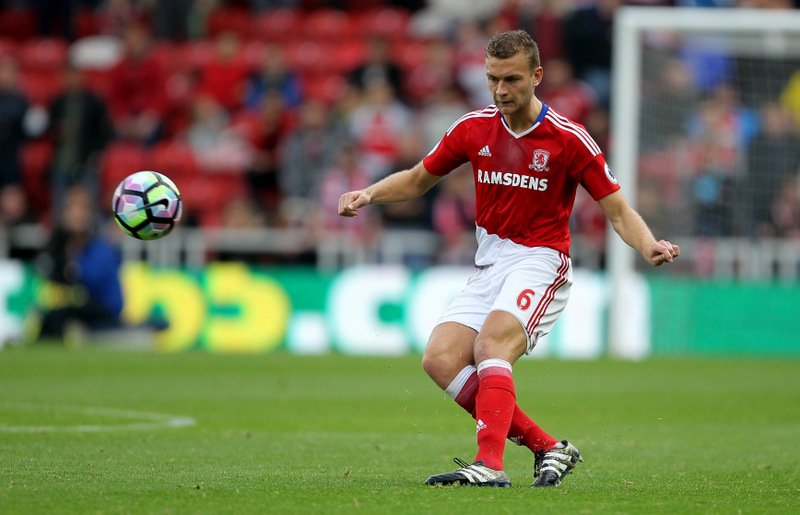 Chelsea and Manchester City are reportedly set to go head-to-head in a race to sign defender Ben Gibson this summer, according to The Sun.

The Premier League rivals, who currently sit first and third in the top-flight standings, although the latter club have a game in hand (Wednesday night versus Stoke City), have both been heavily linked with a move for the Middlesbrough centre-half once the 2016-17 campaign comes to a close.

The 24-year-old, who is a former England Under-21 international, has scored one goal in 29 appearances in all competitions for Boro so far this season.

Gibson, who has been with Middlesbrough since he was just 12-years-old, enjoying loan spells at Plymouth Argyle, York City and Tranmere Rovers respectively, has impressed for Aitor Karanka’s side this term, despite The Riverside Stadium outfit dropping into the division’s relegation places with 11 games remaining.

The report suggests that potential suitors Chelsea and City would have to cough up around £25m for the Englishman’s services.