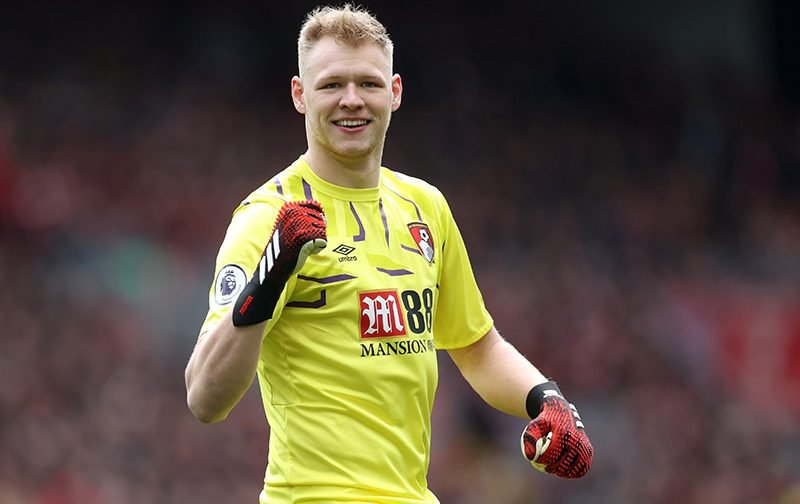 Frank Lampard and Jose Mourinho have some history with the former having won two Premier League trophies under the latter in his Chelsea playing days.

They have this season gone head-to-head n the dugout for the first time with the Blues boss coming out on top twice against the Portuguese.

Now the two, according to reports, look set to battle it out in the transfer market this summer.

Reports by the Mail Online claim that the London duo are both interested in Bournemouth goalkeeper Aaron Ramsdale.

The 21-year-old has established himself as the Cherries’ first-choice stopper this term, making 28 Premier League appearances.

And despite the club sitting in the relegation zone, it’s thought that Chelsea and Spurs have him on their list of goalkeeping targets this summer.

Lampard is reportedly on the lookout for a new goalkeeper.

Mourinho is on the lookout for another option to challenge Hugo Lloris with Michel Vorm due to leave in the summer.

Meanwhile, Lampard reportedly wants competition for Kepa Arrizabalaga, who has yet to convince since the former England midfielder took over last summer.

Ramsdale only signed a new long-term deal, which runs until 2024, in October, but relegation to the Championship could see Bournemouth struggle to keep hold of the England Under-21 international.