Chelsea and Tottenham Hotspur are reportedly among a host of clubs keeping close tabs on Brazil Under-20 international forward Richarlison, according to The Sun.

The Premier League duo, who currently sit third and seventh in the top-flight standings respectively, have both been linked with the Watford star following his impressive start to life in English football this term.

The 20-year-old, who has featured 10 times for Brazil’s Under-20 side, has scored five goals and provided four assists in 15 appearances in all competitions for the Hornets so far this season.

Richarlison, who arrived at Vicarage Road back in July 2017 following his reported £11.5m switch from Fluminense, has proved one of the best summer signings in the division, helping Watford climb up to eighth spot in the Premier League table after 14 games.

However, following the Samba star’s terrific start to life in England, rivals Chelsea and Spurs are said to be among a host of top-flight potential suitors monitoring the Brazilian, alongside Chinese Super League outfits. 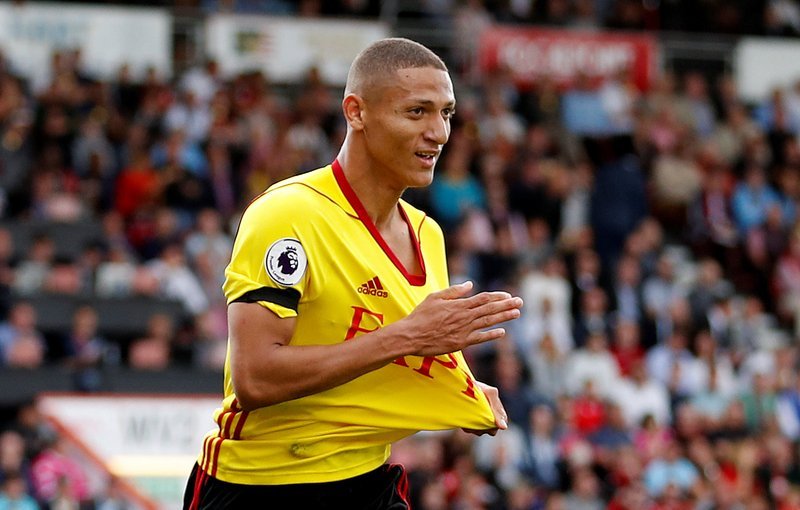 Unfortunately for Watford fans, even boss Marco Silva admitted winger Richarlison could move on if the ‘bigger’ clubs come calling during the forthcoming January transfer window.

He said, “For us to improve as a club we need to sign players with ambition.

“I want everyone in the club to work hard and if they achieve something else in their careers, then that’s normal. I’m realistic.

“While they are at Watford they need to give 100 per cent. To do well in their careers is fantastic for us as a club and also for the player.”