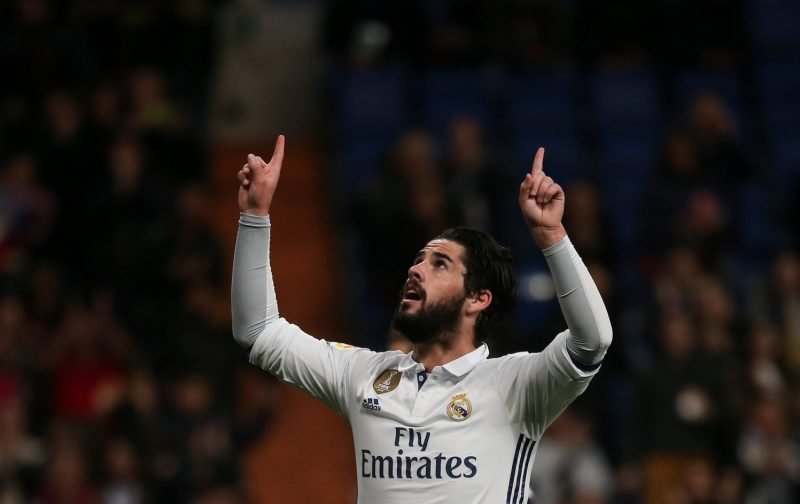 Back in January it looked certain that Real Madrid playmaker Isco would be in the Premier League sooner rather than later having fallen down the pecking order under Zinedine Zidane.

However, a string of outstanding displays for the Spanish giants have prompted the French manager to take action and, according to reports from Marca (via The Sun), the Tottenham and Chelsea target is set to put pen-to-paper on a new deal in Madrid.

Having been in and out of the side all season the Spain international has now returned to the fold and bagged three goals in his last five outings, earning himself a five-year-deal taking him through until 2022.

Both Spurs and Chelsea, who met in the FA Cup semi-final at Wembley on Saturday with stunning goals from Eden Hazard and Nemanja Matic – after a Willian brace – earning the Blues a 4-2 win, are looking to bolster their sides this summer as they look to once again challenge for the Premier League title as well as competing in the Champions League.