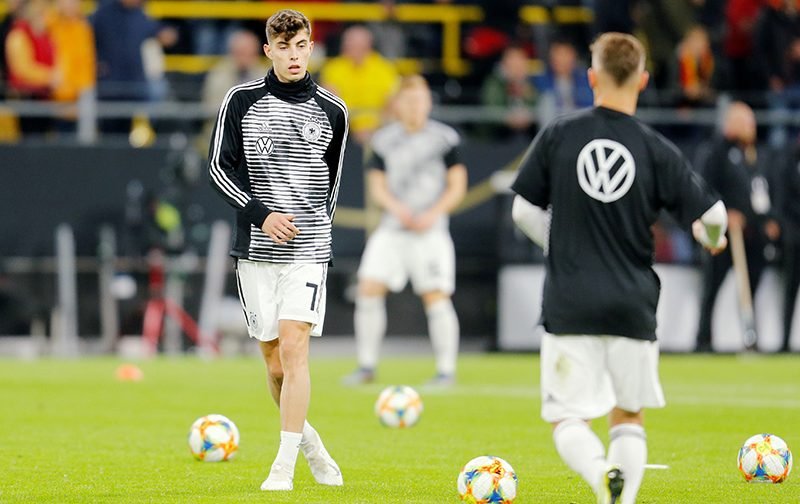 Chelsea are nearing a big-money deal for Bayer Leverkusen star Kai Havertz, according to reports.

The 21-year-old made his senior debut at the age of 17 and has since gone on to play 145 matches for the Bundesliga side, scoring 45 times.

A seven-time international for Germany, Havertz’s performances have seen him catch the attention from elsewhere.

Reports in The Athletic claim that it’s Chelsea who are closing in on the attacking midfielder as they are the only club willing to pay his £73million price tag.

It’s said that the Premier League outfit will pay around £59m up front, before another £13m in add-ons for the player who was also linked with Real Madrid and Bayern Munich.

It’s also reported that they are happy to meet Havertz’s salary demands, meaning just a few details need to be sorted before they can complete what would be an eye-catching transfer.

It’s claimed that Blues boss Frank Lampard has personally been in touch with Havertz to try and persuade him to move to London.

The Stamford Bridge outfit, who are in a battle to secure Champions League football for next season, have already signed up fellow German, Timo Werner, and Ajax attacker, Hakim Ziyech, for next season.