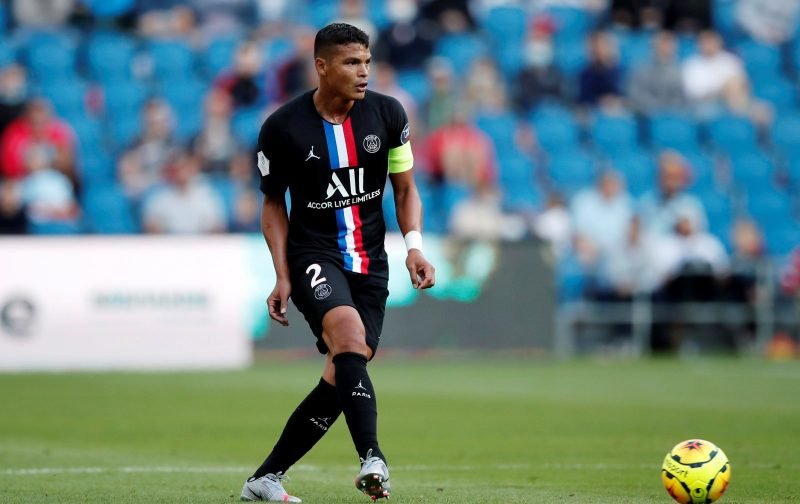 Chelsea are closing in on a deal to sign Paris Saint-Germain captain Thiago Silva, according to reports.

The 35-year-old has been a key player for the French side since signing from AC Milan in 2012, helping them win seven Ligue 1 titles.

However, following the Champions League final defeat to Bayern Munich, Sky Sports claim that the centre-back will sign for Chelsea after his PSG contract expired.

Silva will add real experience and leadership to a Chelsea backline which – despite sealing a top-four finish last term – conceded 54 goals in 38 Premier League matches.

The defender’s arrival will see him compete with Antonio Rudiger, Kurt Zouma, Fikayo Tomori and Andreas Christensen for a place in Frank Lampard’s rearguard.