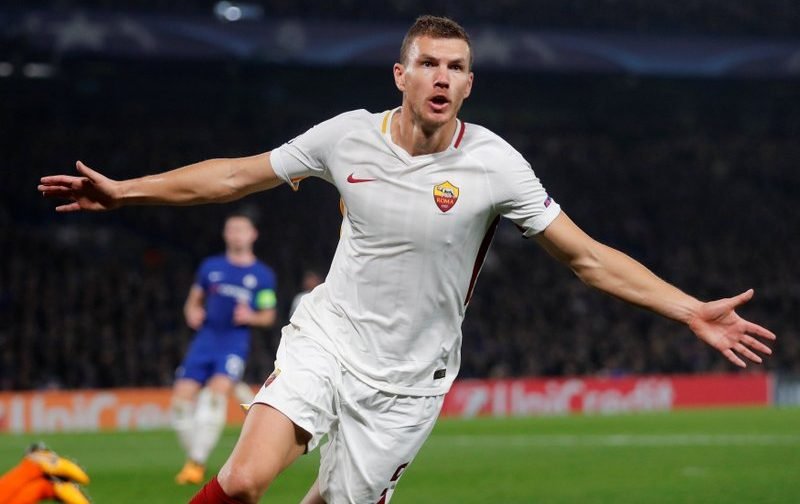 Chelsea are reportedly weighing up a move for Bosnia and Herzegovina international striker Edin Dzeko, according to the Daily Star.

The defending Premier League champions, who visit newly promoted Brighton and Hove Albion on Saturday (12:30), have been linked with the AS Roma forward before the close of the January transfer window.

The 31-year-old, who has 89 international caps for his country, has scored 12 goals and provided four assists in 26 appearances in all competitions for the Serie A outfit so far this season.

Dzeko, who initially joined Roma on loan from Manchester City back in August 2015, before a permanent transfer was struck, has netted an impressive 61 times in 116 games overall for the Italian club. 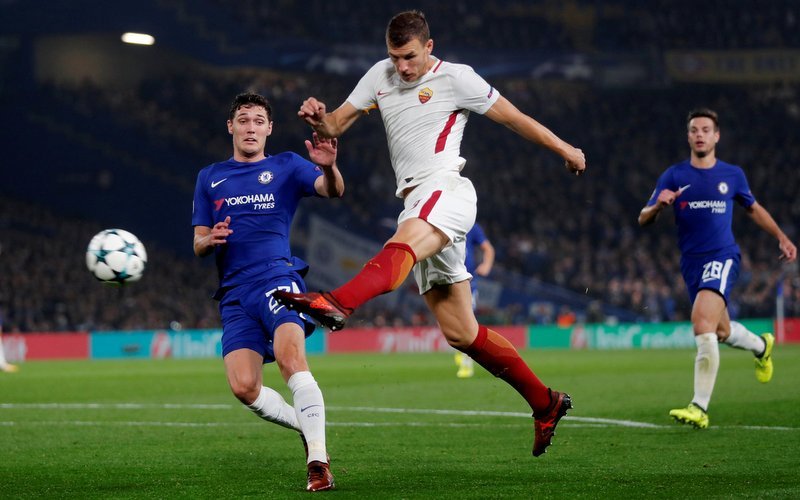 AS Roma’s Edin Dzeko scores against Chelsea in the UEFA Champions League back in October 2017.

The report suggests The Blues are considering a bid for the ex-City centre forward, who lifted two Premier League titles at the Etihad Stadium in 2012 and 2014, although Roma are thought to be holding out for £57m for the Bosnian’s services this month.

Chelsea manager Antonio Conte could be willing to offer out-of-favour striker Michy Batshuayi on loan as part of the deal.