Chelsea could cash in on Real Madrid target Cesc Fabregas 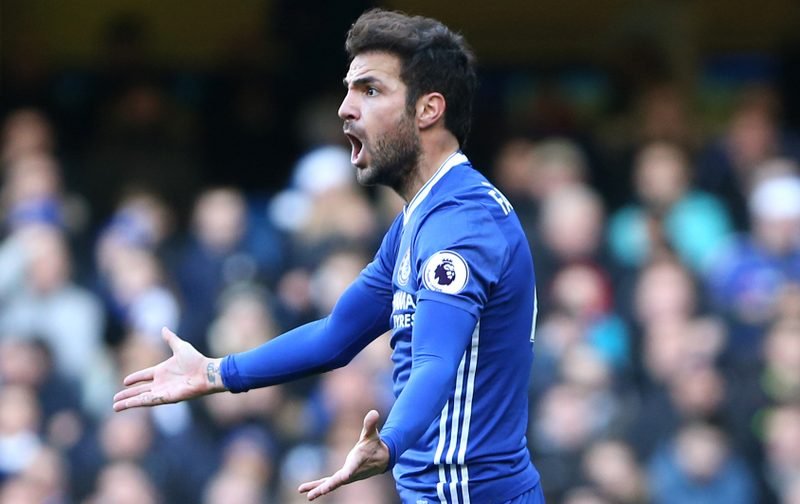 The Premier League side, who easily defeated title rivals Arsenal 3-1 at Stamford Bridge on Saturday afternoon to establish a nine-point lead at the top of the table, have been linked with offloading the central midfielder to the La Liga giants come the close of the current 2016-17 campaign.

The 29-year-old, who has 110 international caps for Spain, has scored four goals and provided seven assists in 20 appearances in all competitions for The Blues this season – including the third and final strike against his former club Arsenal at the weekend.

Fabregas, who arrived at Stamford Bridge back in June 2014 following his move from La Liga rivals FC Barcelona, has also been linked with moves to fellow Premier League outfit West Ham United and Serie A giants AC Milan.

However, the report suggests Madrid manager Zinedine Zidane is ready to make a move for the Spaniard this summer, with the midfielder’s first-team chances hard to come by under Antonio Conte at Chelsea this term following the arrival of N’Golo Kante.