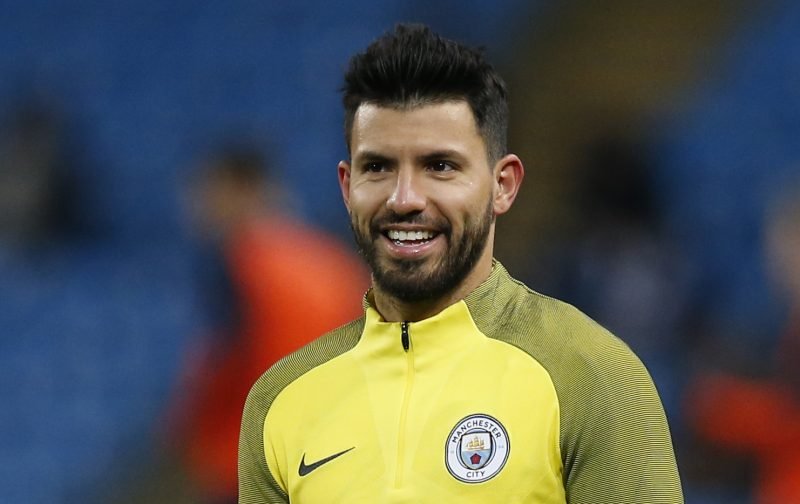 Manchester City have made their position on the future of striker Sergio Aguero resoundingly clear after he was once again left on the bench against Swansea on Sunday.

The future of the two-time Premier League winner had been up in the air after Janaury signing Gabriel Jesus was twice given the nod ahead of him.

The Argentina international, who has bagged 154 goals in 234 appearances for City, has been in and out of the side since the arrival of former Barcelona manager Pep Guardiola, but the club have made their position unequivocally clear.

According to the Manchester Evening News, a ‘highly-placed’ source said:

“There is no vagueness about our position. We want Sergio to stay.

“Pep has repeatedly said he is an important player for us, and if Sergio is saying it is down to the club, well the club really wants him to stay.

“No-one here wants him to leave, and Pep has been explicit about that.”

There had been reports suggesting that Chelsea manager Antonio Conte was keen on a move for the 28-year-old as a replacement for Diego Costa, who is a target for clubs in the Chinese Super League. However, as long as those in power at The Etihad want Aguero to stay, a deal will be hard to come by.