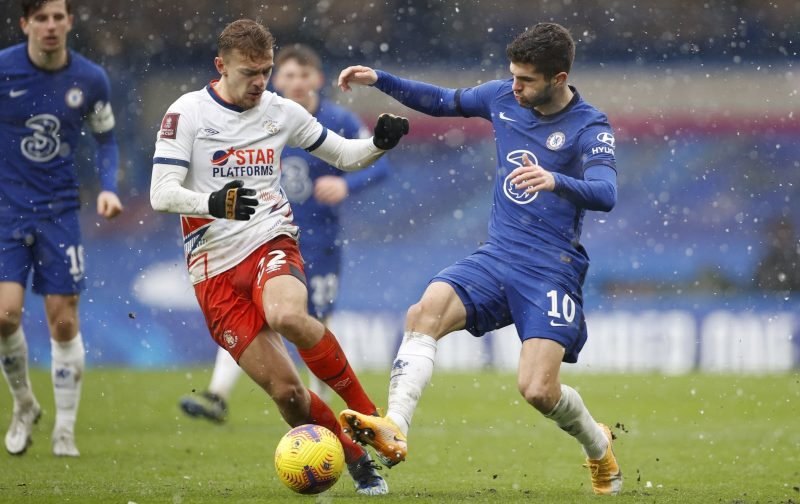 When Thomas Tuchel was appointed as Frank Lampard’s successor at Stamford Bridge in January, much of the talk surrounding the news was about the German being reunited with two former players, Thiago Silva and Christian Pulisic.

Tuchel had worked with the pair at PSG and Borussia Dortmund respectively, and many Chelsea fans were reeling at the prospect of the United States forward being given the opportunity to get back to his best.

While Silva has only played three times after suffering an injury against Tottenham in early February, Pulisic has also struggled for game time.

The American is one of only three senior players yet to start a Premier League game since Tuchel arrived in SW6, with third-choice goalkeeper Willy Caballero and third choice left-back Emerson the other two.

Despite Tuchel and Pulisic’s past, the player is seemingly out of favour and is now reportedly considering demanding a move away from the club in the summer, if his situation doesn’t improve.

According to the Daily Mail, those in charge at the West London club are already considering potential replacements for Pulisic, with Bayern Munich’s Kingsley Coman top of the club’s wishlist. Coman has won a league title every year since 2012

The story suggests that the Blues are long-term admirers of the 24-year-old, who has won a staggering 23 trophies during his illustrious career to date.

The player is reportedly keen on a move to England, and Manchester United are also rumoured to be keen on the player.

Chelsea allegedly proposed the idea of signing Coman last season, when youngster Callum Hudson-Odoi was heavily linked with a move to Bayern.

It was widely reported earlier this week that a number of clubs, including United and Liverpool, are poised to make an approach for Pulisic if he does decide to leave Chelsea in the summer.