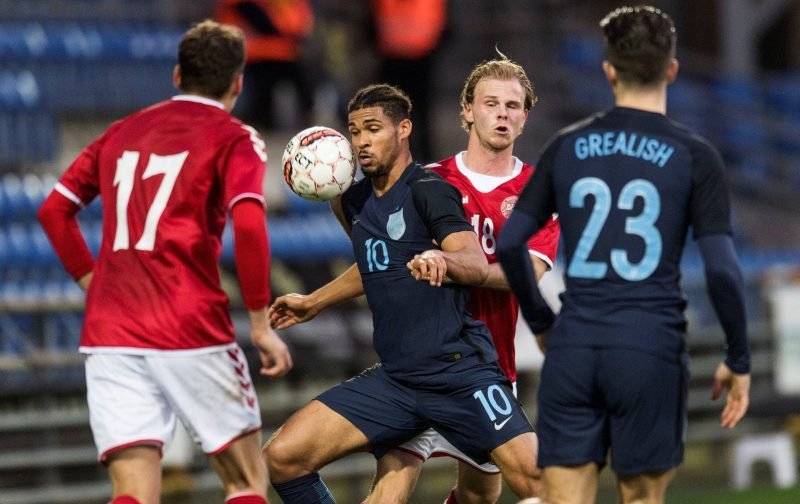 Chelsea midfielder Ruben Loftus-Cheek once again shone on the international stage last night as he bagged himself a brace in England U21’s 4-0 win over Denmark.

The 21-year-old’s double book-ended goals from Cauley Woodrow and Solly March to make it a more than comfortable evening for Aidy Boothroyd.

Loftus-Cheek, who broke into the team and became a regular at the end of last season, has managed just 23 minutes of Premier League football under Antonio Conte this season, making just eight appearances in all competitions.

With his performance for the Young Lions sending a stark reminder to the former Juventus manager of just what he can do, Chelsea fans are now beginning to beg their boss to give the youngster a go.

It has been a long time since the fans at Stamford Bridge saw a player establish themselves in the first team setup having come from the youth ranks, and many feel it’s about time it happened.

Here is how Loftus-Cheek’s performance went down on Twitter:

Conte needs to find a starting role for Loftus-Cheek next season. Chalobah/Baker/RLC for one role.

Loftus cheek has really improved.. Conte need to give him more playing time.

Loftus-Cheek better start every match once we win the league

Ruben Loftus-Cheek could be as good as Dele Alli or even better. But Chelsea prefer to buy Bakayoko, a similar player, for 40 million…