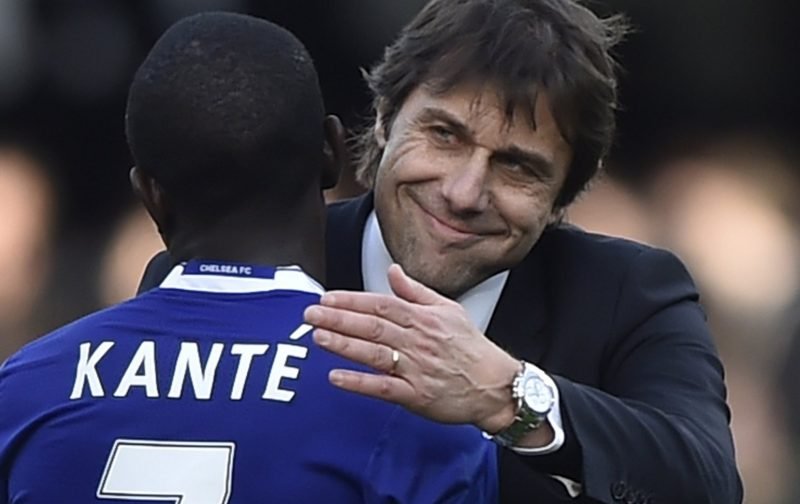 The France international made the move to West London from Premier League champions Leicester in the summer, and continued where he left off at the King Power Stadium with several impressive displays in the heart of Antonio Conte’s midfield, helping them to top spot in the table and indeed to the FA Cup final.

And it was enough to see the 26-year-old head a six-strong list including teammate Eden Hazard, the league’s top-scorer Romelu Lukaku, and Tottenham’s Harry Kane to the main award.

However, Southampton manager Claude Puel has this morning in his pre-Chelsea press conference suggested that Saints midfielder Oriol Romeu isn’t far behind Kante, stating that he ‘brings the same qualities’ as the Blues man.

And his comments has stimulated a response from some Chelsea supporters on social media, who appear stunned by the comparison made from the Saints manager…

@BBCSport He’s a million miles away

@SouthamptonFC seriously ? Was this a typo or something

@BBCSport @OriolRomeu is young with tons of potential, but for now, @nglkante is the

However, several Southampton supporters echoed their manager’s sentiments, demonstrating how integral Romeu has been for the Saints this term…

@Chelsea1903RR @SouthamptonFC If you watched us play every weekend he’s been our best player, defensively incredible and he breaks up play all the time