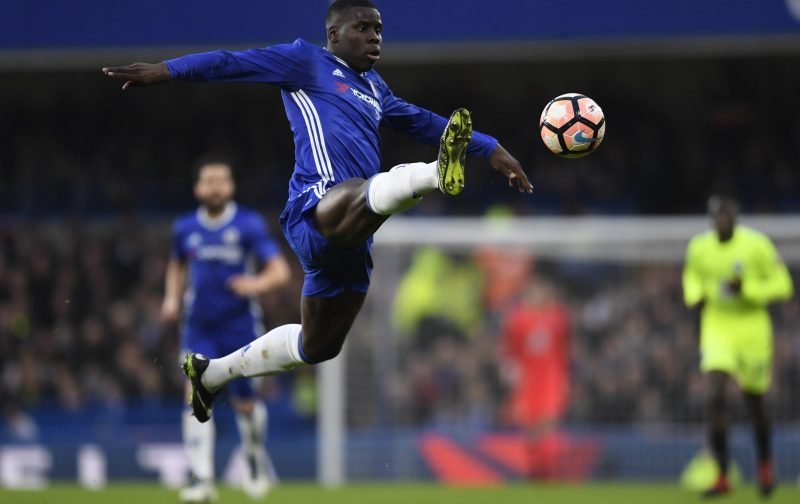 Chelsea defender Kurt Zouma has said that he will wait until the end of the season to make a decision on his future at Stamford Bridge, having played just 23 minutes of Premier League football this season.

The France international has found it hard to break into Antonio Conte’s back three this season having returned from his long-term injury layoff.

Speaking to beIN Sports, the 22-year-old said: “Leave Chelsea? We’ll see at the end of the season.”

Twice capped as a senior international, Zouma has already made 66 appearances for the Blues first team but has found the current trio of Gary Cahill, David Luiz and Cesar Azpilicueta impenetrable.

The Frenchman looked to be on his way to the very top before picking up his injury, however, it still looks a long time before he will be back to his best.

Regardless of that, however, Chelsea fans have been showing their love on Twitter in order to convince him to stay:

we need zouma to stay , cant loose him he has great potential

@Grieznutz @MaticOut I’m following Zouma wherever he goes. I just pray it isn’t a team I hate.. I’d rather him stay though

I think Zouma could honestly start over Cahill next season. That LCB spot could be his or Christensen’s https://t.co/4bGzxA4bRT

Although a couple of fans could see a deal for Zouma going being a good thing: