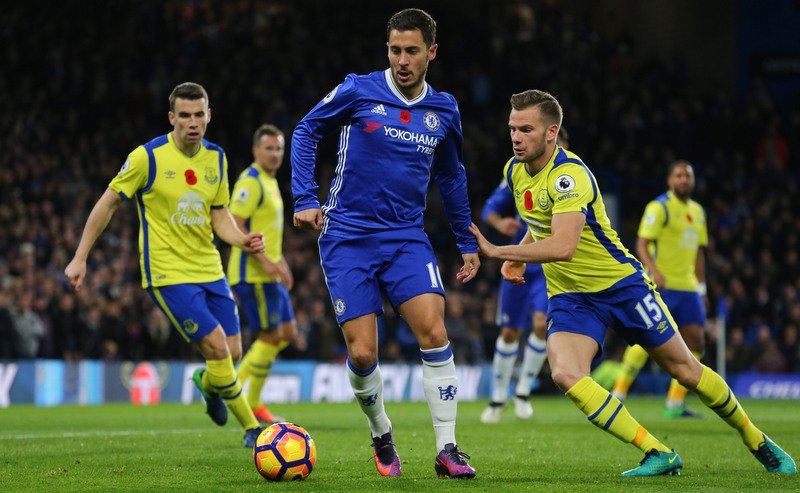 The 26-year-old, who has 76 international caps for his country, has scored 14 goals and provided six assists in 35 appearances in all competitions for Chelsea so far this season, who currently sit four points clear at the top of the standings with six games remaining.

Hazard, who arrived at Stamford Bridge back in June 2012 from Ligue 1 outfit Lille, has lifted one Premier League title, the UEFA Europa League and the League Cup during his time with The Blues, netting 69 times in 241 games overall.

However, the winger’s stunning form this campaign has alerted La Liga giants Real Madrid to his services, with manager Zinedine Zidane determined to lure Hazard to the Bernabeu ahead of the 2017-18 term.

But Spanish outlet Don Balon have gone one step further and suggested the Chelsea has already agreed to join Real this summer, with the Belgian set to be handed the No.10 shirt.