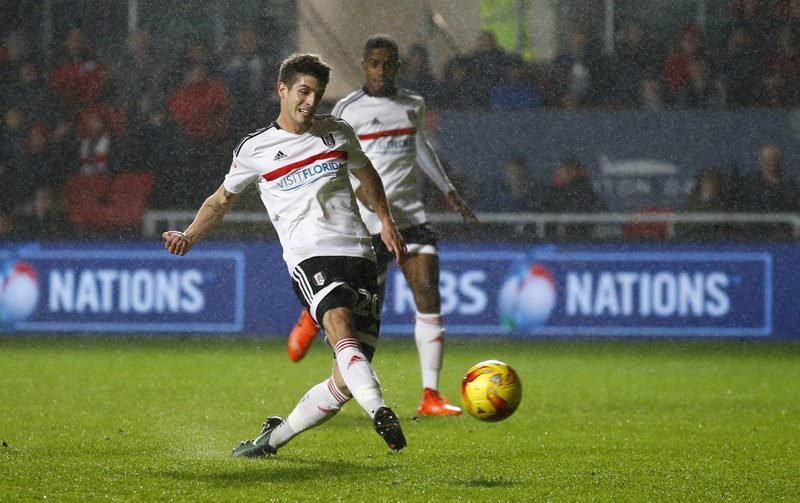 Chelsea forward Lucas Piazon has been ruled out for the next two months after undergoing surgery on a broken jaw.

The 23-year-old, who is on loan at Championship club Fulham until the end of the current 2016-17 season, has scored six goals and provided two assists for The Cottagers this term, who sit seventh in the second-tier standings, five points adrift of the play-offs.

Piazon’s loanee side confirmed that the winger had injured himself after challenging Cardiff City winger Kadeem Harris during Saturday’s 2-2 Championship draw in the Welsh capital.

In a club statement on Sunday, Fulham revealed the winger would be sidelined at least until April following surgery on his jaw.

Thanks God the operation was fine! Will be out for a while but I am coming back, can’t finish my season for the whites like that pic.twitter.com/7OY6QLNa7x

The player himself took to Twitter on Saturday night to thank The Cottagers fans for their support.

Piazon originally joined Premier League leaders Chelsea back in 2012 from Sao Paulo, but has only made three first-team appearances for The Blues since, enjoying previous loan spells at Malaga, Vitesse Arnhem, Eintracht Frankfurt and Reading respectively.