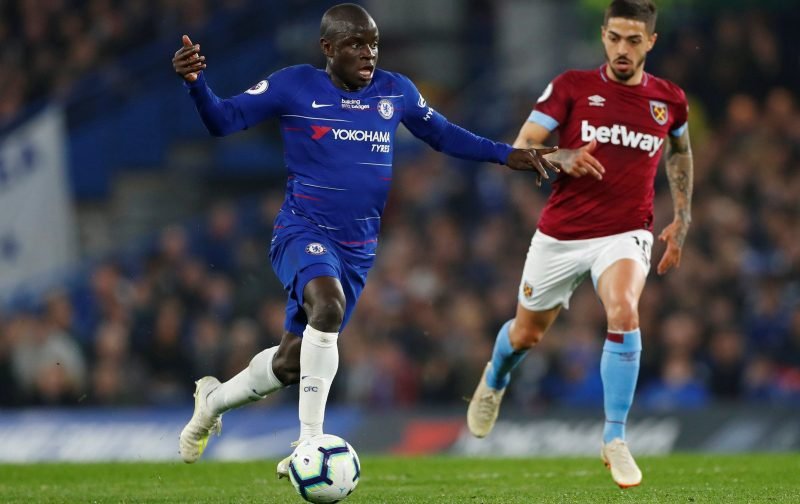 Date: 12th September 2019 at 1:43pm
Written by: Off The Pitch Media
Chelsea have an agreement in place with Real Madrid over the possible sale of midfielder N’Golo Kante, according to reports.
The 28-year-old joined the Blues from Leicester City in the summer of 2016 and has won the Premier League, Europa League and FA Cup in West London.
However, fans of the Stamford Bridge club will be concerned to see that Spanish outlet Defensa Central have reported that Chelsea have agreed to inform Real when they decide to sell the World Cup winner.
It’s claimed that the Premier League side have a verbal agreement with the La Liga club after they didn’t move for Kante this summer. 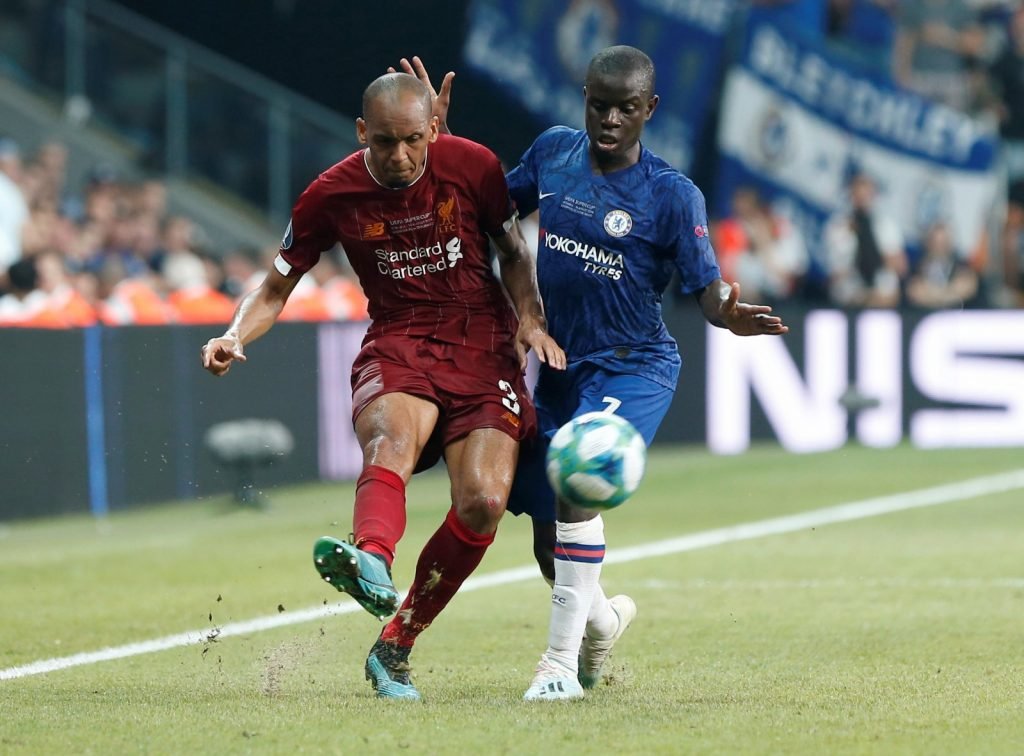 Kante has made three appearances this term.

It’s thought that Real boss Zinedine Zidane is a big fan of his fellow Frenchman and would love to add him to his squad.
The Spanish giants did sign Eden Hazard from the Blues in July but there was speculation that they would also swoop for the all-action midfielder.
Kante, who was named the PFA Player of the Year in 2017, famously burst on to the scene when he helped Leicester City stun the world to win the Premier League in 2016.