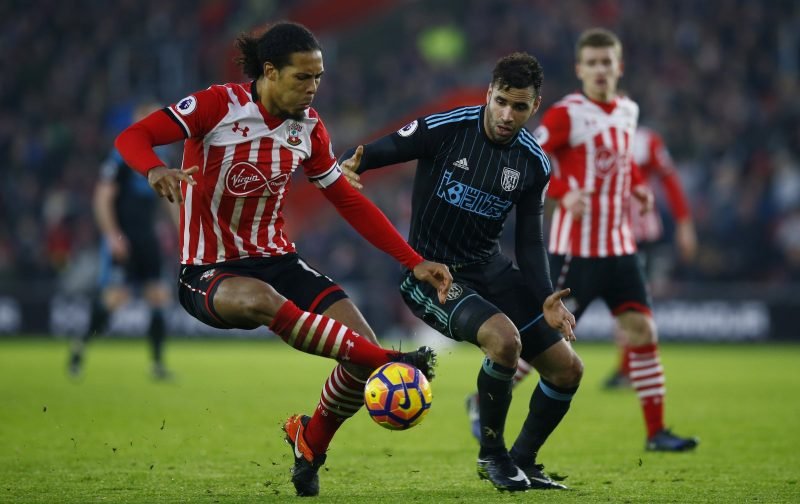 Premier League leaders Chelsea are hopeful of fending off the competition to land Southampton defender Virgil van Dijk this summer, according to The Mirror.

The 25-year-old was outstanding for the Saints prior to suffering a nasty ankle injury in their 3-0 win over champions Leicester in January, which looks set to rule him out for the remainder of the campaign.

And now Saints fans may be facing the prospect of not seeing the Dutch international in a Southampton shirt again after Antonio Conte’s Blues appear increasingly confident of securing a £50 million deal for the centre-back in the summer.

The West London side have had a settled back three for the vast majority of the campaign, but with European commitments next season, Conte will need as a strong a squad as possible to be competitive on all fronts, which will likely include a Premier League title defence.

The likes of Manchester City, Liverpool, and Everton have all reportedly been linked with van Dijk, which is hardly surprising given that all three sides have had defensive struggles at times this term, but it appears that the league leaders are in pole position to land the Dutchman.

Saints boss Claude Puel will be hoping to keep hold of the 25-year-old, especially given that they sold captain Jose Fonte in January, but it does appear that they will once again be forced into selling one of their best players.

And Chelsea look set to be the recipients, yet the Blues will turn their attentions to an important league clash with Sam Allardyce’s resurgent Crystal Palace tomorrow, where victory for Conte’s men would take them another step closer to the title.