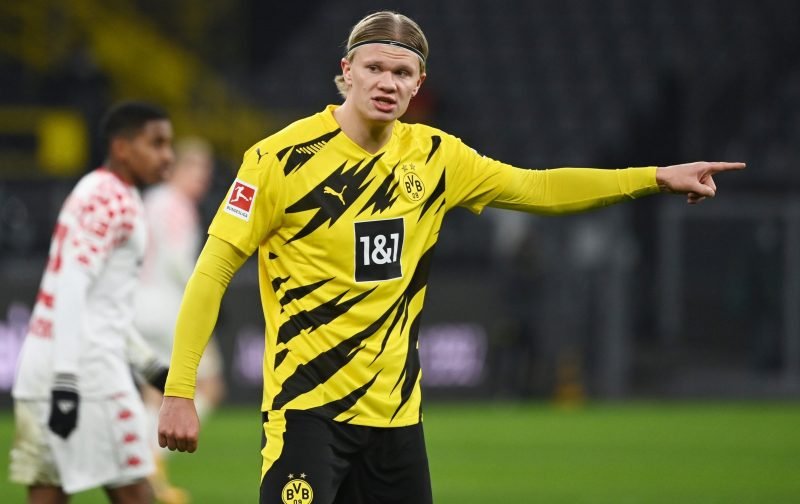 Frank Lampard’s Chelsea thought they had acquired the frontman needed to take their team right to the top, but it just hasn’t quite worked out that way so far.

Timo Werner joined the Blues from Bundesliga side RB Leipzig in the summer for a reported £48m fee, but following  a run of 10 Premier League appearances without a goal eyes seem to be already on future targets.

Lampard has already spent a huge war chest, including bringing in Kai Havertz from Bayer Leverkusen and Ajax’s Hakim Ziyech, but Chelsea reportedly are looking at a striker who they think can make the difference.

According to The Athletic, that striker is Erling Haaland.

The 20-year-old Norwegian frontman has scored 35 goals in 35 appearances for Borussia Dortmund, since joining from RB Salzburg almost exactly a year ago. 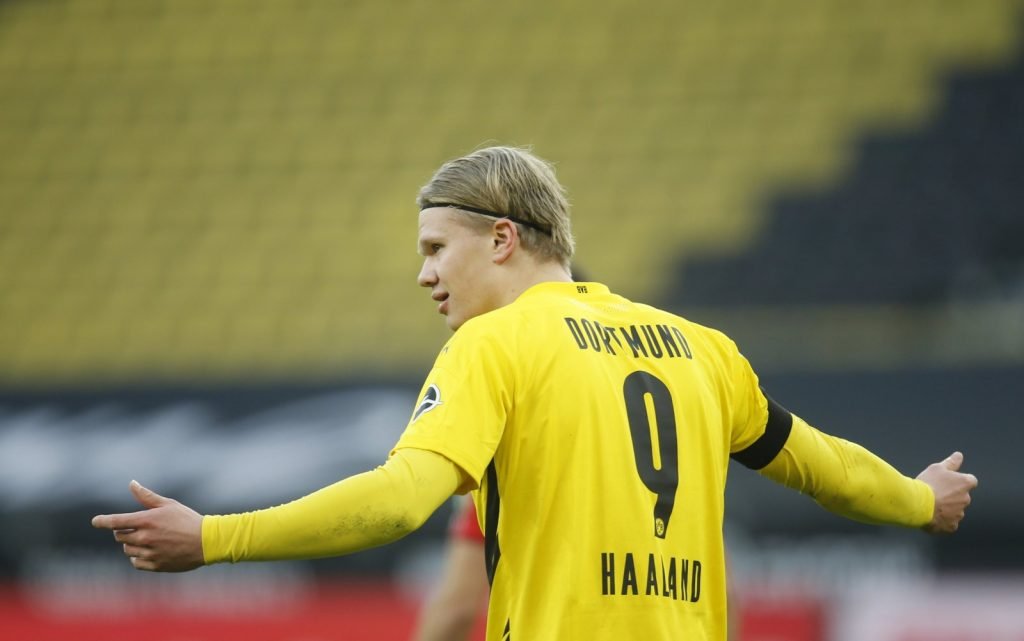 Haaland is a goalscoring machine.

It is reported that the 20-year-old has a £66million release clause which becomes active in 2022 – but it’s thought that Chelsea are ready to make an earlier move for the 2020 Golden Boy winner.

This means any deal could see the club break their transfer record, currently £71m for goalkeeper Kepa Arrizabalaga in August 2018, although Havertz’s deal could further rise to £80m.

Olivier Giroud’s contract expires in the summer leaving Lampard with just Werner – who the report adds the club still have confidence in – and Tammy Abraham as striking options, meaning the 6ft 4in Dortmund star would significantly bolster any squad in world football.

As a result, the goal-getter has already been linked with almost every big club, including Premier League rivals Manchester City and Manchester United in the past.

Haaland will already be familiar with English football having been born in Yorkshire during his dad’s, Alf-Inge, Premier League career for the likes of Leeds United, Manchester City and Nottingham Forest.

A return to his land of birth would be a triumphant one for any club who manages to seal Haaland’s services, and his relentless goalscoring and quirky persona would assure a heroes welcome, wherever that may be.