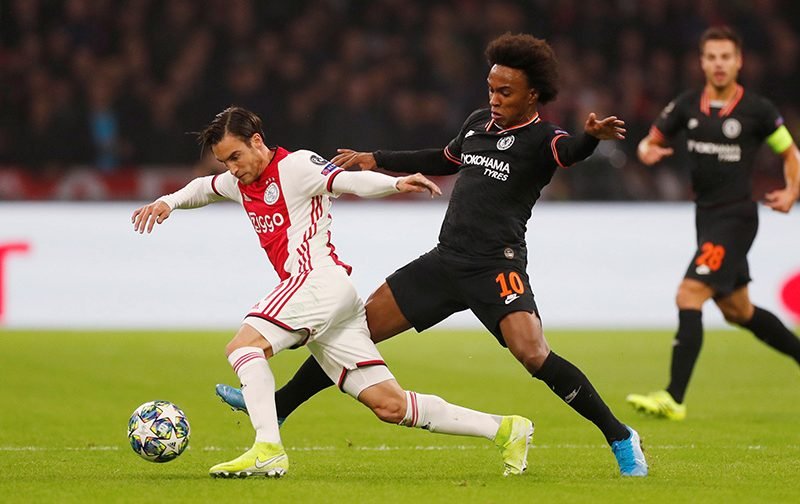 Chelsea have turned their attentions to signing Ajax left-back Nicolas Tagliafico as a move for Leicester City star Ben Chilwell seems to have stalled, according to reports.

Frank Lampard has enjoyed a decent first season in charge of the Blues, finishing fourth in the Premier League and reaching the FA Cup final.

However, having conceded 54 goals in the top-flight, it seems he is looking to bolster his defensive options.

According to Sky Sports, the former England midfielder is interested in bringing Tagliafico to England.

The 27-year-old, who has two years left on his contract, registered five goals and five assists in 38 games for the Dutch giants last term.

It’s claimed the Argentina international is being lined up as an alternative target to Chilwell, with Chelsea and Leicester currently too far apart in their valuation.

If Tagliafico, who is also thought to be attracting interest from Spanish clubs, did make the switch to Stamford Bridge he would follow former Ajax teammate Hakim Ziyech in swapping Amsterdam for West London.