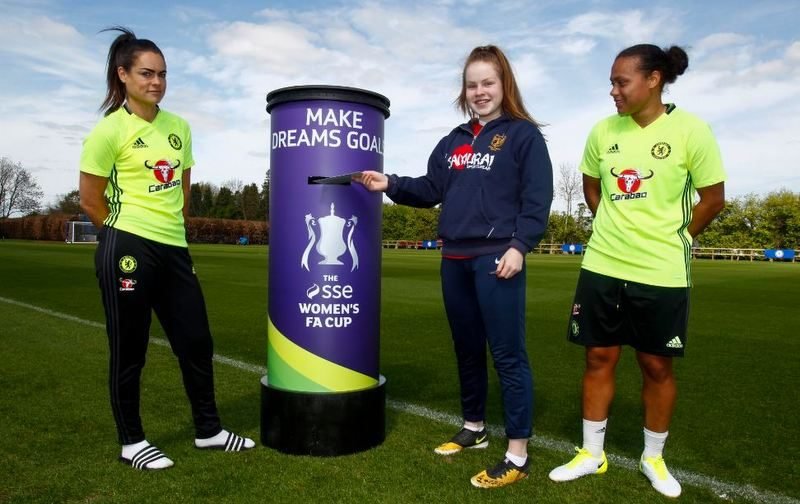 Children across London are being encouraged to share their footballing dreams as part of a new nationwide competition launched by The FA, called ‘Make Dreams Goals’.

The competition will see a number of young football fans’ dreams turned to reality. In support, stars of the SSE Women’s FA Cup Semi-Finalists Chelsea joined youngsters at their Cobham training ground to encourage them to share their dreams via a specially designed ‘Make Dreams Goals’ post box.

Claire Rafferty and Drew Spence talked to the youngsters about their own childhood dreams and looked ahead of the forthcoming Semi-Finals, which take place on Monday, April 17.

The ‘Make Dreams Goals’ competition aims to encourage young football fans between the ages of 7-15 to share and post their footballing dreams. Children attending the SSE Women’s FA Cup Semi Final fixtures at Manchester City and Birmingham City will be able to post their dreams in one of post boxes at the stadium.

Dreams can also be submitted online via thefa.com/MakeDreamsGoals until Monday April 17.

The FA will help make the dreams will come true for a select number of lucky fans. Winners will also get to attend the SSE Women’s FA Cup Final in VIP style with their families.  The Final takes place on Saturday, May 13, at Wembley Stadium connected by EE. 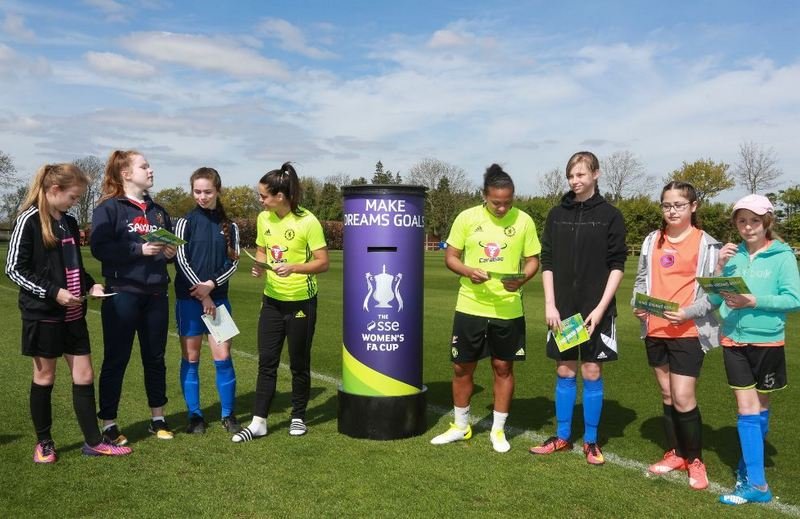 Chelsea defender Claire Rafferty said, “It was great to meet the youngsters today and hear all about their dreams and aspirations for the future.

“As a kid I was constantly dreaming about football and the Make Dreams Goals competition encourages children up and down the country to do the same.”

Midfielder Drew Spence added, “I remember when I was little I didn’t get the chance to come and meet professional players so it is a pleasure to give up a little time to meet these kids.

“I am living my dreams now by playing football every day and to play in a third cup final would be another dream so I will give everything to make that happen.”

Tickets for The SSE Women’s FA Cup Final, are on sale from TheFA.com/Tickets. Kids go free – while adult tickets are £15. If you book in a group of nine or more, the adult price drops to just £7.50.