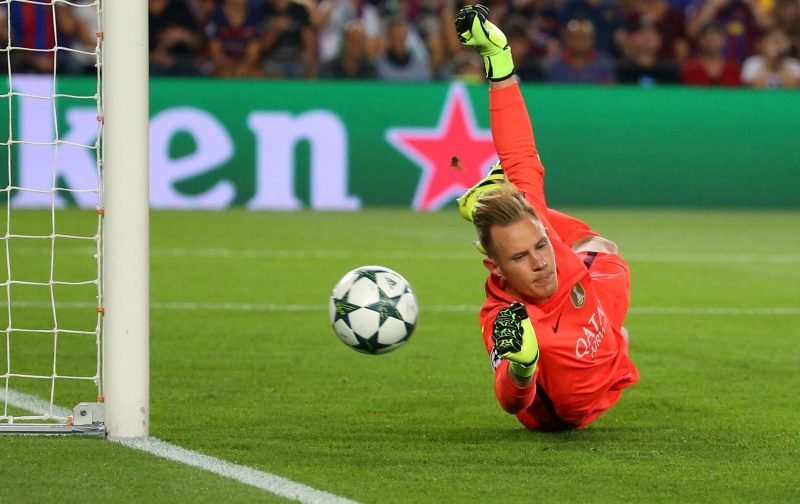 Chelsea are interested in signing Barcelona goalkeeper Marc-Andre Ter Stegen, according to reports.

The German is the Catalan club’s first-choice stopper and has made 34 appearances in all competitions this season.

However, The Express report that Frank Lampard could attempt to bring him to Stamford Bridge in the summer.

Ter Stegen, according to Don Balon, has falled out with Lionel Messi, who is said to have asked the La Liga champions to offload the 27-year-old.

It’s claimed the Blues boss is on the lookout for a new goalkeeper to replace Kepa Arrizabalaga.

Lampard is reportedly on the lookout for a new goalkeeper.

The Spaniard was brought in for £71million – a world-record fee for a ‘keeper – in the summer 0f 2018 but has been left out of the side in recent matches against Leicester, Tottenham and Bayern Munich.

Despite being recalled for recent victories against Liverpool and Everton, Lampard seems unconvinced that the 25-year-old has the attributes to be a long-term number 1.

And with Ter Stegen thought to be on Chelsea’s shopping list, it could spend the end of Kepa’s relatively short stay in West London.