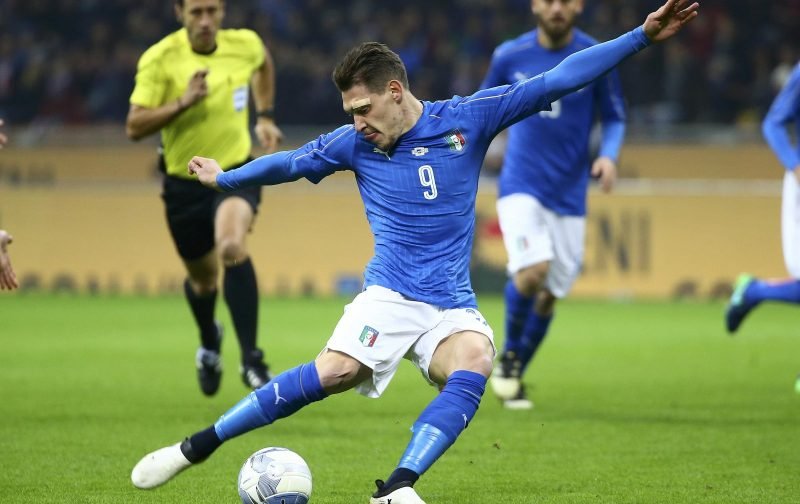 Premier League leaders Chelsea are looking to secure an incredible £86 million move for Torino striker Andrea Belotti before tonight’s 11pm deadline, according to Sky Italy (via The Daily Star).

The Italian international has been in sensational form for the Serie A side this term, netting 14 goals in just 19 league appearances, including four in his last six games.

Add in two further goals in the Coppa Italia, and Belotti is one of the top-scorers in Italian football this season, and has unsurprisingly attracted interest across Europe, most notably in England.

But it looks like it’s Antonio Conte’s Chelsea who are closest to securing a deal, as Sky Italy report that Blues director Michael Emenalo is in Italy to sort out a deal for the 23-year-old.

Belotti has an £86.1 million release clause in his contract, a deal he signed with the club only last month, but it’s money that is unlikely to put the West London club off given their recent history of transfer dealings, and indeed given the £60 million they received from Shanghai SIPG for playmaker Oscar earlier this month.

Clearly, the Blues would be getting a prolific forward who would provide strong competition for the Premier League’s joint top-scorer Diego Costa and, given that Conte clearly isn’t keen on Michy Batshuayi as an able deputy, a move for Belotti could take place between now and the 11pm deadline.