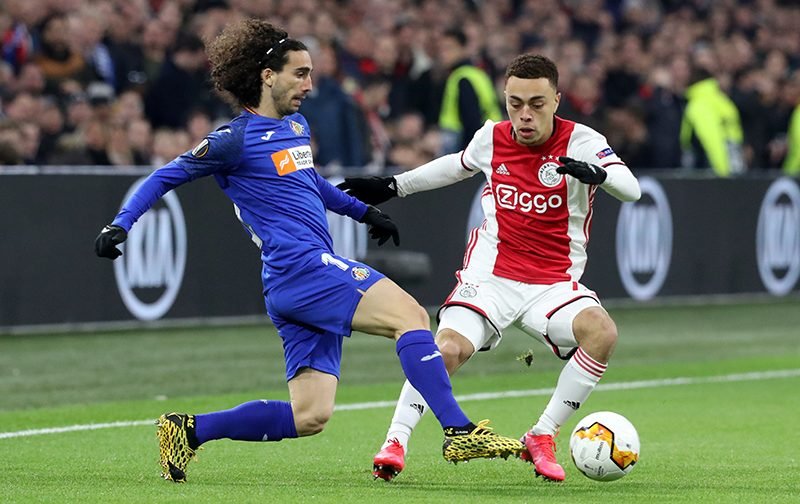 Chelsea are keeping a close eye on Barcelona midfielder Marc Cucurella, according to reports.

The 21-year-old has made 26 La Liga appearances in a season-long loan spell with Getafe this term.

Goal report that the Spaniard, who can also play at left-back, has attracted interest from Chelsea, Napoli, Borussia Monchengladbach and Bayer Leverkusen.

It’s claimed that the Alella-born youngster is being watched by the London club but is not at the top of their shortlist.

Lampard is reportedly on the lookout for new players.

There is already an agreement in place for Cucurella to make a permanent switch for £5.4million in the summer, with the Catalans getting 40% of any sell-on fee.

The Blues and other interested clubs could then activate the Spain Under-21 international’s £23million buyout clause once he moves to Getafe.

However, with Barcelona’s upcoming presidential elections, it’s thought that Cucurella’s long-term future is not yet set in stone.