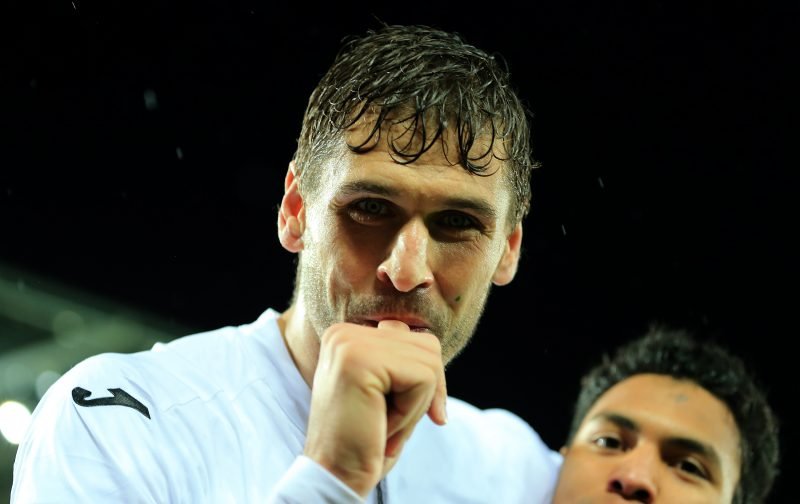 Chelsea have reportedly emerged as shock potential suitors for Spanish striker Fernando Llorente, according to AS.

The Premier League side, who currently sit top of the English top-flight standings after winning their last 12 league outings in a row, have been surprisingly linked with the Swansea City forward ahead of the forthcoming January transfer window.

The 31-year-old, who has 24 international caps for his country, has scored six goals in 16 appearances in all competitions for the struggling Swans so far this season.

Llorente, who arrived at the Liberty Stadium back in August 2016 from La Liga outfit Sevilla, is wanted by Blues boss Antonio Conte at Stamford Bridge in the New Year as experienced cover for star striker Diego Costa.

The Italian is yet to be convinced by summer signing Michy Batshuayi, highlighted by his reluctance to play the Belgian against AFC Bournemouth whilst Costa was suspended – therefore playing without a recognised forward.

Llorente was part of the Spain squad that won the FIFA 2010 World Cup in South Africa.