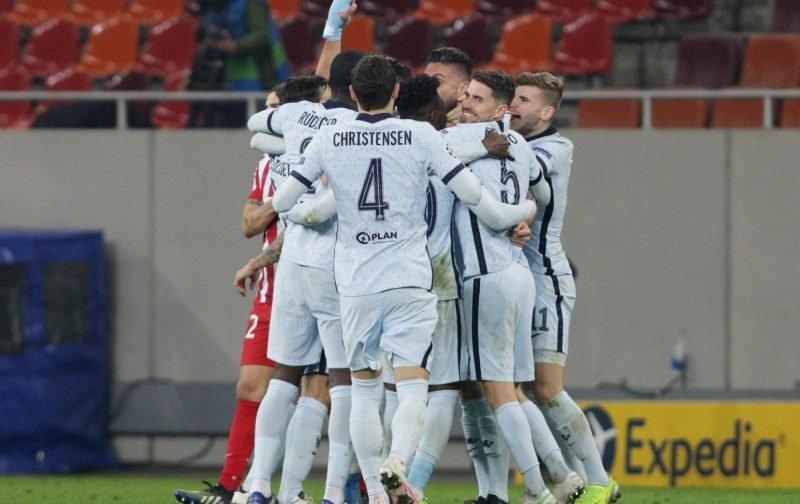 Thomas Tuchel’s toughest and most important test as Chelsea manager to date, is a mere 24 hours away.

The pressure is all on The Blues, who will face Atletico Madrid at Stamford Bridge on Wednesday evening in the Champions League Round of 16 stage.

With an away goal and a 1-0 aggregate lead, this represents Chelsea’s best chance of reaching the last-eight for the first time since 2014.

In previous years, they have fallen at the first knockout stage, losing to Barcelona and Paris Saint-Germain on two occasions, with the latter knocking the West Londoners out despite Chelsea leading the first-leg thanks to a solitary away goal.

The footballing world was stunned at the dominant manner in which Chelsea defeated Atletico Madrid in the first round in February, and Diego Simeone’s side will travel to the capital with an almighty point to prove.

Atletico will also be boosted with Tuchel missing Jorginho and Mason Mount through suspension, meaning the German manager will need to dip into his box of tricks to figure out how to solve that issue. 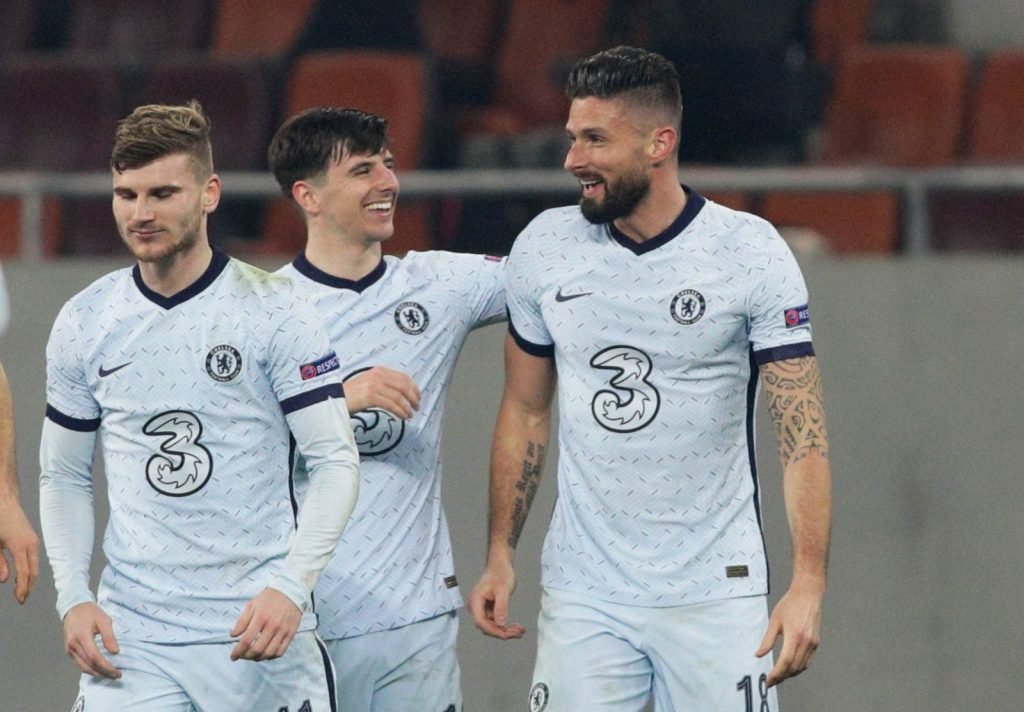 Chelsea will be without Mason Mount.

It’s imagined the absence of Chelsea’s two key midfielders could mean an involvement of some capacity for young midfielder Billy Gilmour.

The Scotsman’s only appearance for The Blues – since the former Borussia Dortmund and Paris Saint-Germain manager replaced Frank Lampard – was against Barnsley in the FA Cup.

However, it is likely the 19-year-old Scot would only feature from the bench on Wednesday, if at all.

Kai Havertz has enjoyed two very productive games playing and impressing as a false nine in the 2-0 win against Everton and the 0-0 draw with Leeds.

But Olivier Giroud’s hold up play and his capacity to muster the spectacular, as he did against the La Liga leaders in February, will likely mean the Frenchman will lead the line with the German providing support from just behind. 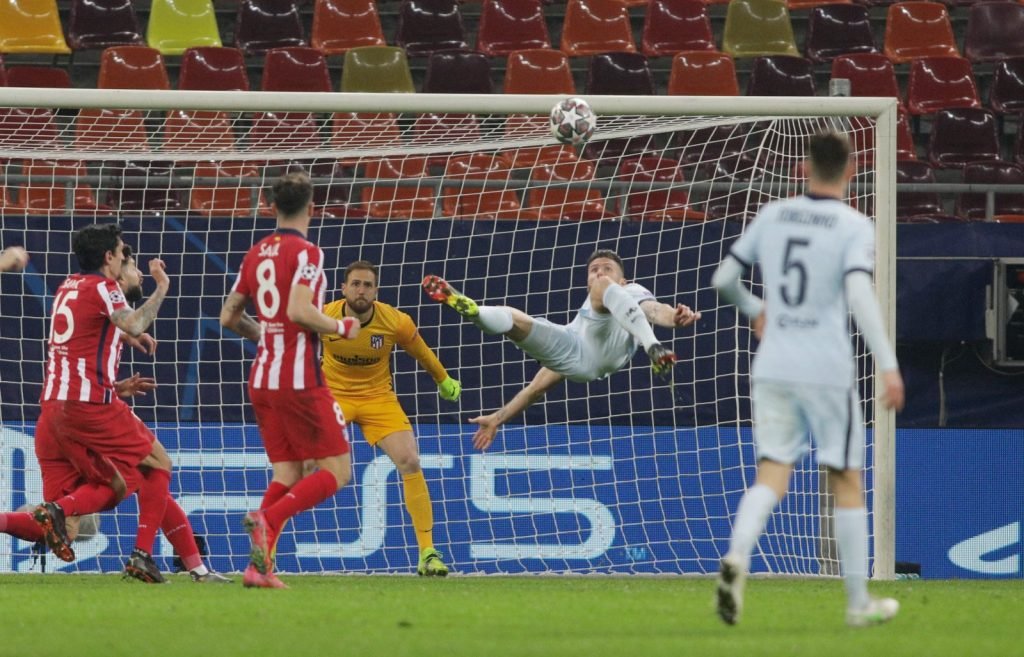 Mateo Kovacic and N’Golo Kante have partnered each other in a two man midfield many times, so the Croatian will likely come in for Jorginho as a like for like replacement.

Replacing Mason Mount will perhaps be the most difficult decision, due to the Englishman’s outstanding abilities in finding spaces between the lines, linking play and also pressing and defending off the ball.

With Atletico trailing the contest by one away goal, it is extremely unlikely they will be anywhere near as defensive as they were in the first-leg, and when a team throws caution to the wind, gaps open up in behind.

Situations like these will always benefit a fast striker and Timo Werner, while not establishing himself as a clinical marksman this season, has the capacity to exploit the space as was demonstrated in Chelsea’s 1-0 win against Liverpool at Anfield.

The Chelsea defence, especially the back-three of Cesar Azpilicueta, Andreas Christensen and Antonio Rudiger, has proved to be a trusty steed for Tuchel so it is unlikely this will change. 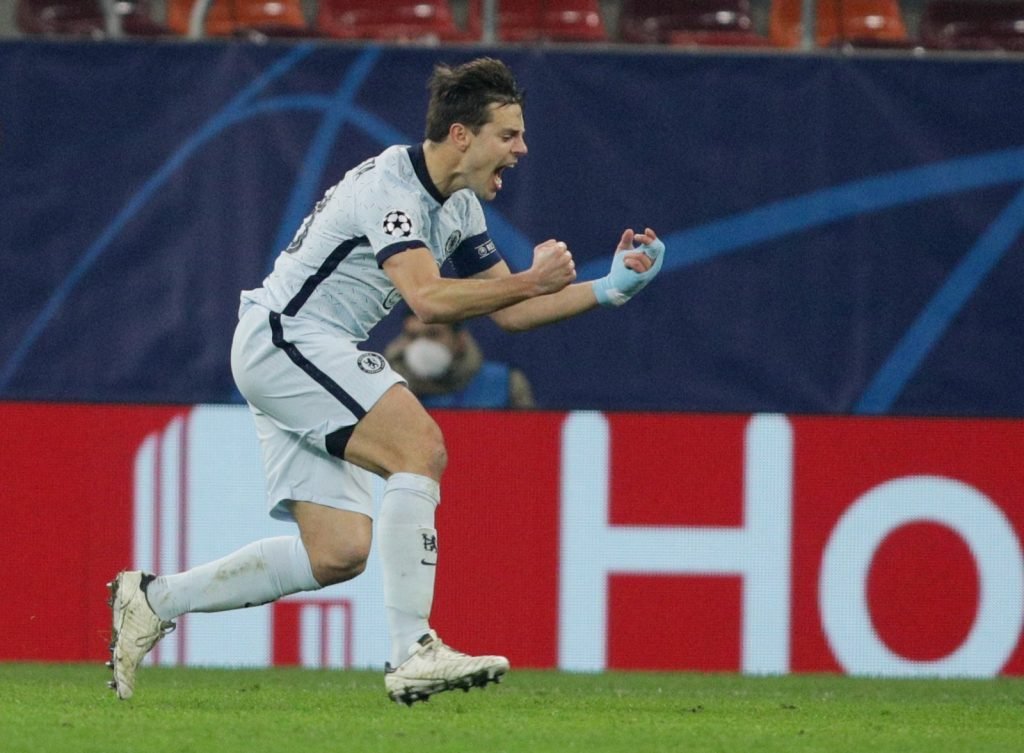 Azpilicueta will captain the side.

Tuchel has also tended to use Reece James as a right wing-back against firmer opposition, so the 21-year old will almost certainly come in, meaning the only doubt will be whether he fields Ben Chilwell or Marcos Alonso at left wing-back.

Alonso appeared to had established himself as the first choice for Tuchel in the early stages of The German’s arrival, but the boss has since regularly rotated between the two depending on the opposition.

Chilwell played the full 90 minutes against Leeds United at the weekend while Alonso was deployed against Atletico in the first-leg, so we believe Tuchel will select the Spaniard once again.

Edouard Mendy has been in great form for The Blues so barring a last minute injury, he will be between the sticks once again for the West Londoners.