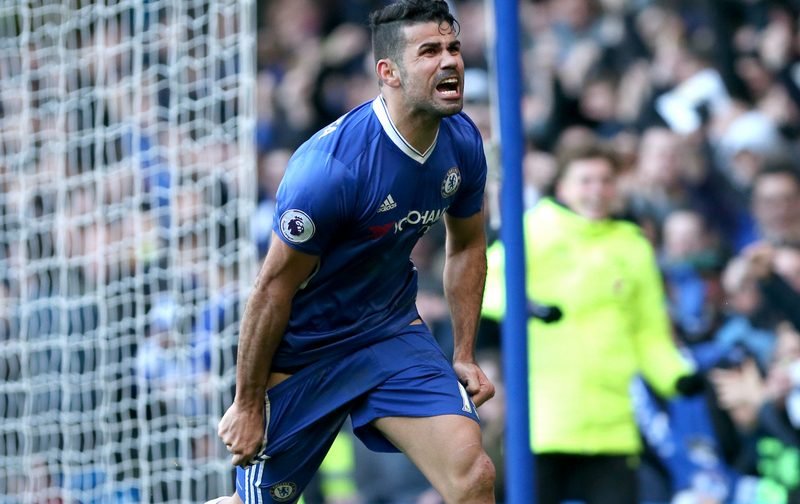 Chelsea are reportedly ready to offer striker Diego Costa a two-year extension, according to the Mirror.

The Premier League side, who have recorded 11 successive top-flight victories after defeating Crystal Palace 1-0 at Selhurst Park on Saturday, are poised to reward their in-form goalscorer with a phenomenal pay rise from £150,000-a-week wages to £200,000-a-week.

The 28-year-old, who has 14 international caps for Spain, despite being born in Brazil, has scored an impressive 13 goals and provided five assists in 19 appearances in all competitions for The Blues so far this season.

Costa; who arrived at Stamford Bridge back in July 2014 following his move from La Liga outfit Atletico Madrid, has significantly helped fire Antonio Conte’s men to the top of the table ahead of Christmas, alongside fellow in-form team-mate Eden Hazard, who has netted eight times this term already.

The report suggests that Chelsea are set to offer the striker a contract extension to extend his deal at the club until 2021, having signed an original five-year contract back in 2014, with the Blues eager to keep hold of the forward until the end of his playing career.