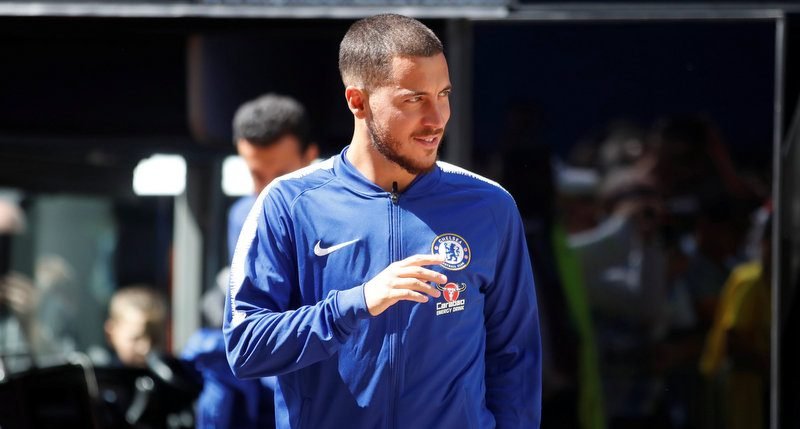 Chelsea are reportedly offering Belgium international forward a new five-year contract worth a staggering £300,000-a-week, according to The Sun.

The Premier League side, who defeated Arsenal 3-2 at Stamford Bridge on Saturday, have been linked with rewarding their star player, as La Liga giants Real Madrid continue to monitor the winger.

The 27-year-old, who has 92 international caps for his country, has provided two assists in his first two league outings for The Blues so far this season, but is yet to start in the Premier League this term under new manager Maurizio Sarri.

Hazard, who arrived at Stamford Bridge back in June 2012 following his reported £32m move from French outfit Lille, has scored 89 goals in 302 appearances in all competitions for the club overall, winning two league titles, the UEFA Europa League, the FA Cup and the League Cup. 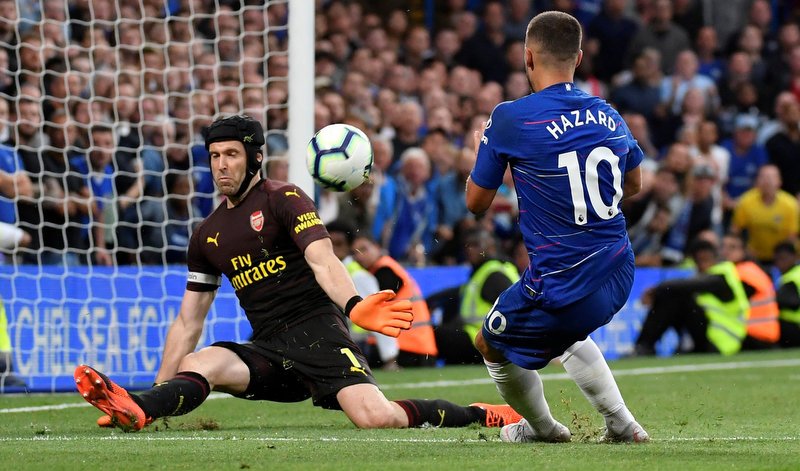 Chelsea’s Eden Hazard shoots at goal against Arsenal on Saturday.

The report suggests Chelsea must finish in the Premier League’s top four, or win this year’s UEFA Europa League campaign, to stand any chance of keeping hold of Hazard in 2019, with Madrid still interested in signing the left winger.

The Blues have prepared an offer of a new five-year deal worth £300,000-a-week for their prized asset, and want the player to put pen to paper as soon as possible.

But Hazard is said to be unconvinced his long-term future lies at Chelsea, hence the stall on extending his stay.

His current contract expires in June 2020.