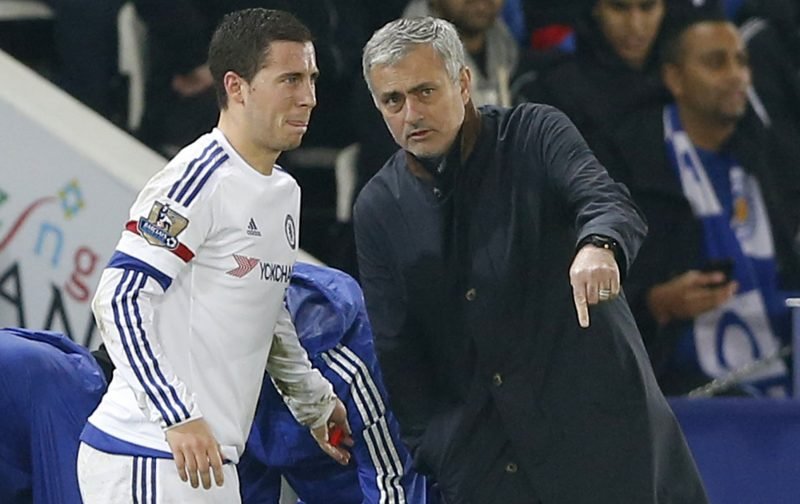 Eden Hazard has told HLN that he would like to work for Jose Mourinho again.

The Belgian won the 2014/15 Premier League title under the Portuguese coach in a season in which he was also named PFA Player of the Year.

However, in the following campaign, the playmaker failed to score in 24 appearances before Mourinho was sacked in December with the Blues sitting 16th.

It was reported that the pair had been subject to a fallout during that difficult period at Stamford Bridge but Hazard has spoke out about says he wants to work with the current Manchester United manager again.

“In 12 years I’ve only had one bad season – the last six months under Mourinho – and it was partly my fault.

“After the title, we asked Mourinho for extra holidays. I came back totally out of shape.

“We didn’t win, we got into a sort of routine – training, training without having fun. It was better for all parties that the collaboration came to an end.”

The ex-Lille star, who has eight goals in 10 appearances this term, has been heavily linked with a move to Real Madrid.