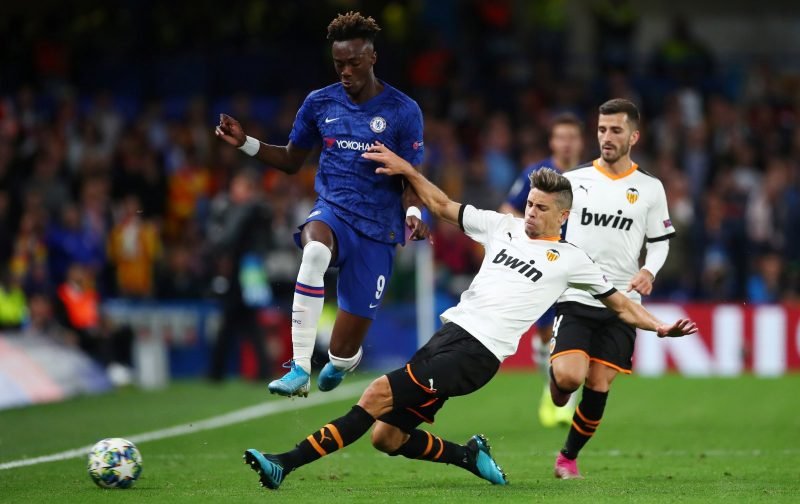 Tammy Abraham has warned Liverpool that Chelsea will carry the anger of their Champions League defeat to Valencia into Sunday’s Premier League showdown at Stamford Bridge.

Blues boss Frank Lampard, who was taking charge of his first ever European match, saw his side beaten 1-0 at home by the Spanish side in a match in which Ross Barkley missed a penalty for the hosts.

And the striker, who has scored seven times in his last three domestic matches, told reporters that the London club will now be looking to put Tuesday’s disappointment behind them when they face the Reds.

“(Sunday) is a test of character. We can take our anger out against Liverpool,” said the 21-year-old.

“It’s a massive game and both teams will be going to win. We’ll look forward to putting (tonight’s defeat) right.

The match was Chelsea’s first in the Champions League since they were knocked out by Barcelona in the last-16 of the 2017/18 competition.

Last season saw the Blues win the Europa League under the guidance of boss Maurizio Sarri which secured their return to the continent’s ultimate club competition.

But despite losing their opening match, Abraham, who made his Champions League bow against Valencia, knows there’s still plenty to play for in a group also containing Lille and Ajax.

“It’s still early doors (in the Champions League). We’re fuming we lost today. But there’s still five games to go – we just have to win our next five.

“We’re obviously disappointed. We didn’t play our best football. Valencia came and stopped us playing the way we wanted so you have to give them credit.

Sunday’s match at Stamford Bridge kicks off at 4:30pm with Liverpool sitting top having won five from five and Chelsea seven points adrift in sixth.