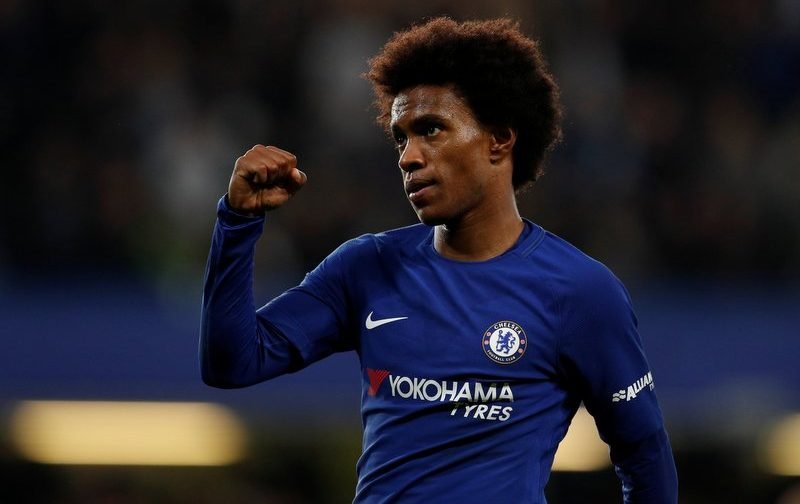 Chelsea could be tempted to offload Brazil international star Willian during the forthcoming January transfer window.

The Premier League side, who visit West Bromwich Albion on Saturday afternoon, have been linked with selling the forward to AC Milan, according to Calciomercato.

The 29-year-old, who has 49 international caps for his country, has scored just one goal and provided three assists in 17 appearances in all competition for The Blues so far this season.

Willian, who arrived at Stamford Bridge back in August 2013 following his £30m switch from Russian outfit Anzhi Makhachkala, has netted 32 times in almost 200 games overall for the defending Premier League champions, winning two league titles and the League Cup. 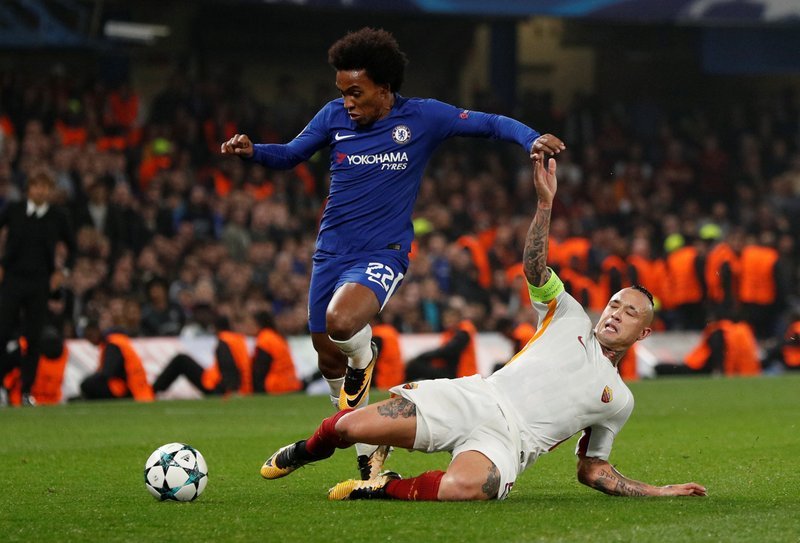 Chelsea’s Willian in action with AS Roma’s Radja Nainggolan.

However, manager Antonio Conte has been linked with offloading the Brazilian during the New Year market, with Serie A giants AC Milan said to be interested in the player’s services.

Willian has started just six league games under Blues boss Conte this term, and could move to Italy in search of more first-team opportunities, with the 2018 FIFA World Cup coming up next summer in Russia.