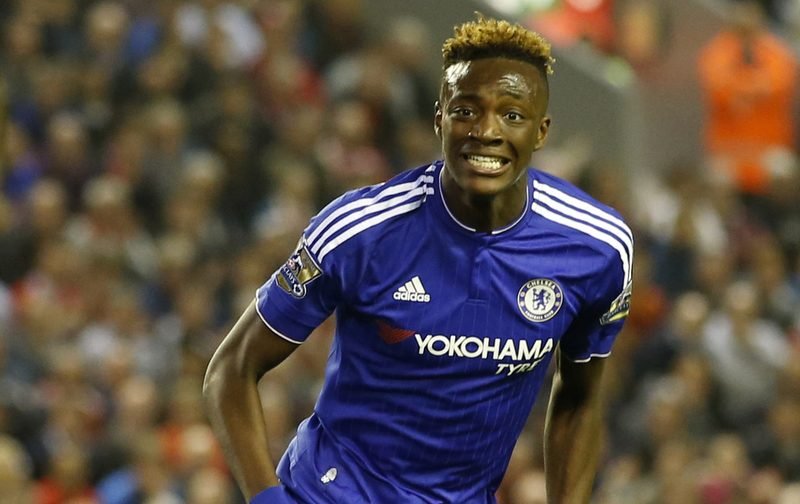 Chelsea striker Tammy Abraham has still yet to decide on his future amid interest from Brighton and Newcastle, according to The Daily Mail.

The 19-year-old goal-scoring sensation embarked on a stunning campaign at Championship outfit Bristol City last term, netting 26 times in all competitions to help Lee Johnson’s men avoid the drop, as well as reach the fourth round of both domestic cup competitions.

And that scintillating form, alongside the unlikelihood that he’ll break into Antonio Conte’s first team next term, has attracted interest from many sides around England, with the Premier League-bound duo of Brighton and Newcastle reportedly eyeing up a move for the young forward.

However, Abraham has as of yet made a decision on his short-term future, refusing to rule out a loan move as well as the option of staying at Stamford Bridge.

He said: ‘I’m not sure what I’m doing next season, if I’m coming back, going elsewhere on loan or staying at Chelsea.

‘I haven’t decided yet.

‘You have to stay open and things may come at different times but I have to dream big and that’s what I’m going to be doing.’

These comments are likely to concern and probably frustrate Chris Hughton and Rafa Benitez, as both sides look to bolster their options ahead of their top-flight campaigns next time round.

The Magpies were overly reliant on Dwight Gayle’s goals in securing promotion to the top tier, and thus will likely need to reinforce their attacking options this summer, while the Seagulls will look to add to their forward ranks in a bid to retain their Premier League status next season.

However, the uncertainty in Abraham’s comments may well throw into doubt the two sides’ pursuits of the 19-year-old, and with time ticking before the season gets underway, other targets may be pursued should Abraham remain undecided on his future.