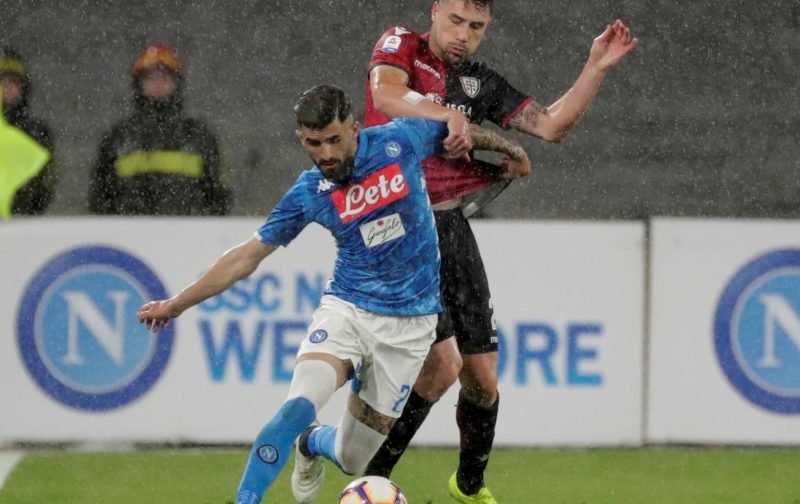 Chelsea look set to miss out on a deal for Napoli defender Elseid Hysaj, according to reports.

The 25-year-old has played 171 times for the Naples side since joining from Empoli in 2015, helping the club finish twice runners-up in Serie A.

Hysaj has been linked with a move to Stamford Bridge though, with the Express reporting that the Blues were planning a swoop when their two-window transfer ban is lifted next summer.

Frank Lampard has had to work under a transfer ban so far.

However, it’s claimed that boss Frank Lampard may now have to look at other options with Napoli set to offer the Albania international a contract extension.

The right-back’s current deal expires at the end of the campaign meaning Chelsea could’ve potentially snapped him up on a free.

Hysaj, who it’s also claimed has been scouted by Manchester United in the past, has actually lost his place at club level so far this term, making just one league appearance in the opening four matches.

Boss Carlo Ancelotti has instead opted to field Giovanni Di Lorenzo or Kevin Malcuit on the right side of defence.