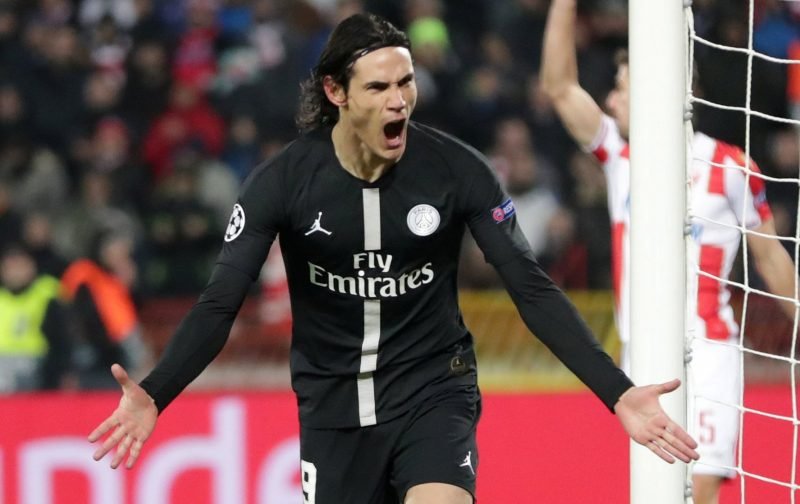 Chelsea are preparing a £50million offer for Paris Saint-Germain striker Edinson Cavani, according to the Sunday Express.

It’s no secret that Maurizio Sarri is on the lookout for a new goal-getter with his side hitting the back of the net less (38) than the other of the Premier League’s top-six.

Olivier Giroud and Alvaro Morata have been unable to nail down that position under the Italian, with Eden Hazard often preferred as a false nine.

And after being linked with a number of names over recent months, the Blues have now reportedly turned their attention to the Uruguay star.

Chelsea boss Maurizio Sarri would like a new striker.

Cavani has scored 13 goals in all competitions this term and has found the net 183 times in 264 matches since his switch from Napoli in 2013.

However, at the age of 31 and with just 18 months left on his current deal, the Ligue 1 champions may have to consider the offer from the West London side.

Chelsea have already completed a £58million deal for Borussia Dortmund forward Christian Pulisic, but the American will return to Germany on loan for the remainder of the season.