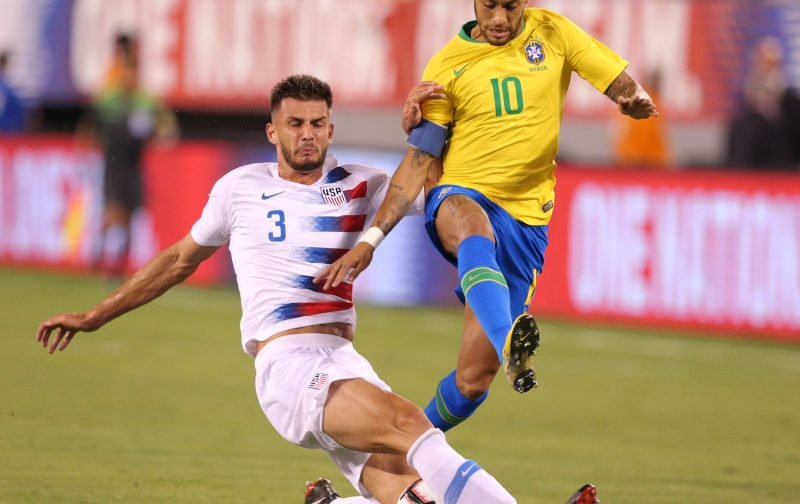 Chelsea are close to terminating young defender Matt Miazga’s loan at FC Nantes, according to the Ouest France.

The 23-year-old has made eight appearances in Ligue 1 this season, struggling to establish himself as a regular starter for the mid-table side.

Miazga signed for Chelsea in 2016 for approximately £3.5million but was purchased from New York Red Bulls as a prospect so, after just two appearances in his debut season, the USA international was loaned out to Vitesse for the next two campaigns.

Chelsea are struggling for defensive cover this campaign, with Ethan Ampadu still young and inexperienced and Andreas Christensen struggling with injuries.

However, it is thought that Miazga will not be part of Maurizio Sarri’s squad and will instead be loaned out to another club.

The Blues are sat in fourth place in the Premier League, just three points adrift of Arsenal in fifth and are also in the round of 32 in the Europa League, where they have been handed a favourable draw against Swedish side Malmö.

Despite still competing in three cup competitions – with a second-leg League Cup semi-final against Tottenham on Thursday – the Stamford Bridge outfit will be looking for major improvement in the coming weeks after a convincing 2-0 defeat at Arsenal on Saturday.