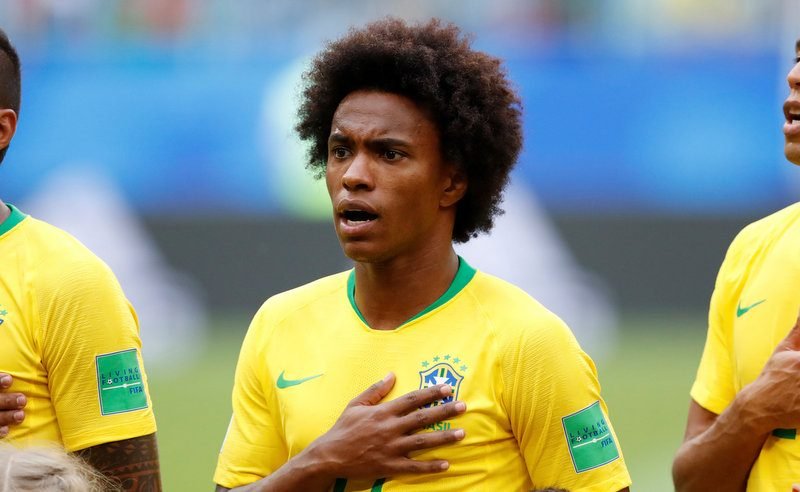 The Premier League side, who have failed to sign any players so far this transfer window, have already turned down a £50m offer from FC Barcelona for the winger ahead of the 2018-19 campaign.

The 29-year-old, who has 61 international caps for his country, scored 13 goals and provided 12 assists in 55 appearances in all competitions for The Blues last season.

Willian, who has featured in all four of Brazil’s fixtures at the 2018 FIFA World Cup finals this summer in Russia, assisted Neymar’s opening goal against Mexico in their last 16 victory (2-0) on Monday afternoon. 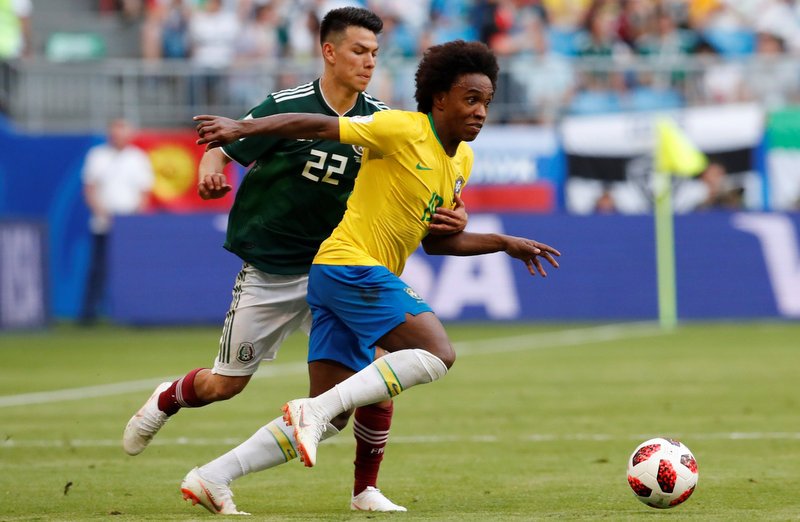 The right winger has netted 44 goals in 236 games overall for Chelsea since joining from Russian side Anzhi Makhachkala back in August 2013 for a reported £30m, winning two Premier League titles, the FA Cup and the League Cup with the London outfit.

The report claims The Blues have slapped a €80m price tag on the Samba star this summer, amid interest from Barcelona and Premier League rivals Manchester United, with manager Jose Mourinho keen on a reunion with the Brazilian at Old Trafford.

Willian is contracted at Stamford Bridge until June 2020.