Chelsea yet to agree fee with AS Monaco for Cesc Fabregas 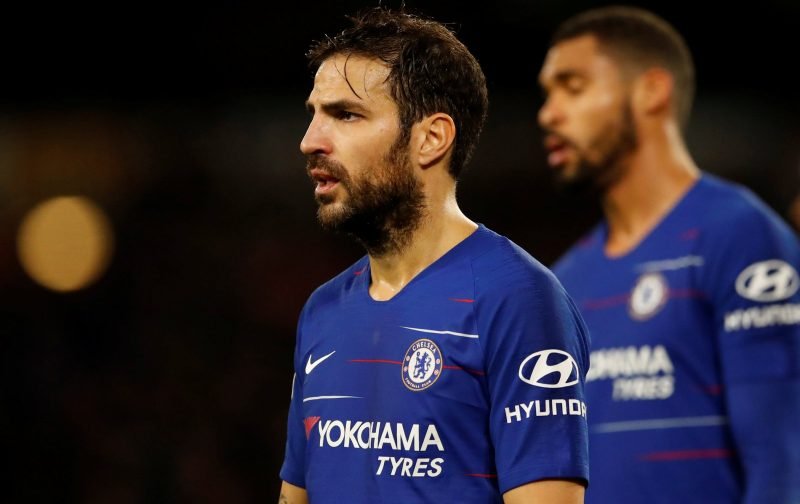 Chelsea and AS Monaco are still yet to strike a fee for midfielder Cesc Fabregas, according to the Mirror.

The 31-year-old has reportedly agreed a two-and-a-half-year deal with the Ligue 1 strugglers which will see him link up with ex-Arsenal teammate and current Monaco boss Thierry Henry.

However, it’s claimed the Blues are holding out for £10.75million, a fee the French side, who are four points from safety, are not willing to pay.

Michael Emanelo – former sporting director at Stamford Bridge – is negotiating the deal for the Stade Louis II outfit as they hope to seal a deal for the experienced Spaniard.

The playmaker bid an emotional farewell to Chelsea fans in the club’s 2-0 FA Cup victory against Nottingham Forest on Saturday.

A two-time Premier League, FA Cup and League Cup winner with the West London club, Fabregas has made 197 appearances for Chelsea.