Chelsea’s Bachmann: “I want to win trophies and believe I am at the perfect place” 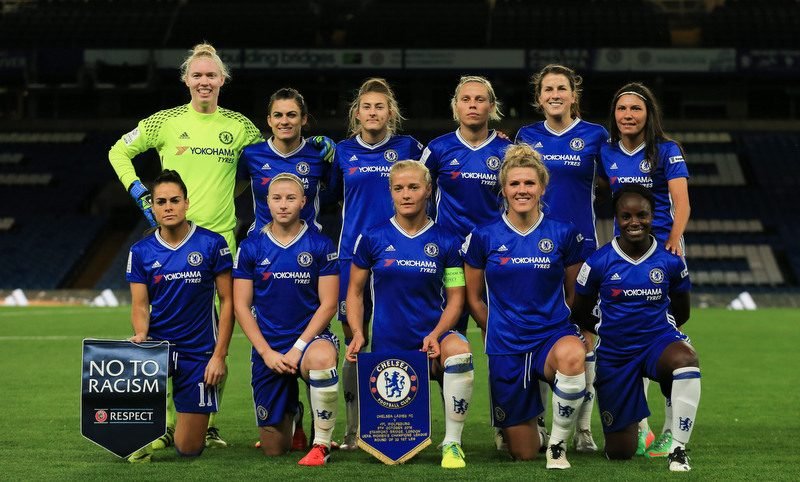 A Swiss star is heading to the WSL – and she’s coming to win trophies.

Ramona Bachmann was unveiled as Chelsea’s latest signing – demonstrating the 2015 double-winners’ intent after they lost all their silverware this year.

“I am excited to be joining Chelsea and can’t wait to begin training with my new teammates,” the 25-year-old forward said in a statement.

Bachmann is the Blues’ second signing so far this close season, following hot on the heels of Norway captain Maren Mjelde.

Bachmann is an integral part of the Switzerland side, having scored 39 goals in 67 appearances, and was named Player of the Year in 2015.

And she knows her new colleagues well because she joins the club from Wolfsburg – Chelsea’s opponents in the Women’s Champions League Round of 32 a few months ago.

The German side were worthy winners over two legs, winning 3-0 at Stamford Bridge and securing a 1-1 draw in the return fixture.

“I know the qualities Chelsea have after our Champions League games and hope I will be able to add to that and improve the team in the season ahead,” added Bachmann.

“I want to win trophies and believe I am at the perfect place to do that.”