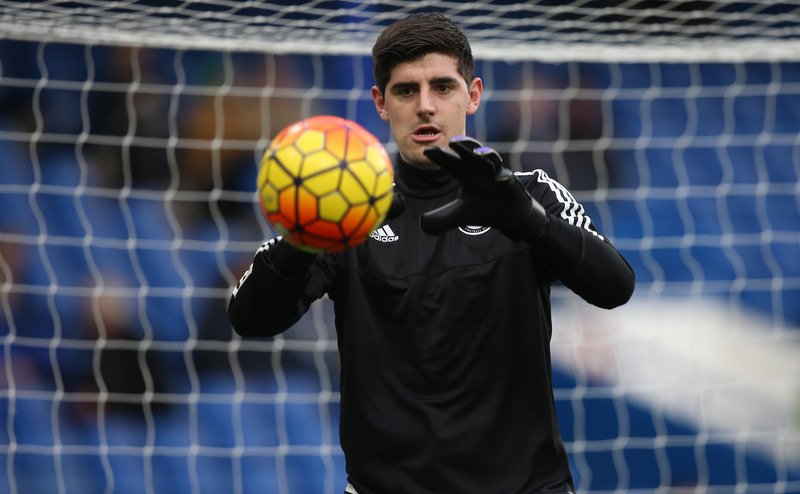 Chelsea goalkeeper Thibaut Courtois’ agent is in contact with Real Madrid every day, according to Spanish journalist Eduardo Inda (Okdiario.com).

The Premier League side, who have established a nine-point lead at the top of the standings after defeating title rivals Arsenal 3-1 at the weekend, are set to receive interest from the La Liga giants this summer for the shot stopper’s services.

The 24-year-old, who has 47 international caps for Belgium, has kept 13 clean sheets in 24 appearances in all competitions for The Blues so far this season.

Courtois, who arrived at Stamford Bridge back in July 2011 from Genk, has been loaned out several times to Spanish rivals Atletico Madrid during his early Chelsea career.

The report says the Chelsea star is desperate to return to Spain and be reunited with his partner and child, who live in Madrid.