Claude Puel ‘not certain’ to be Southampton boss next season 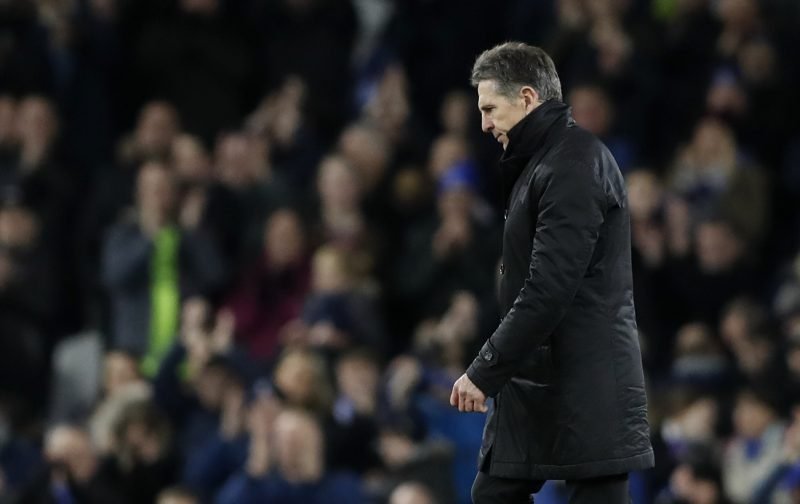 Southampton manager Claude Puel may not be in charge at St Mary’s next season despite leading the side to ninth in the Premier League, according to L’Equipe (via Sport Witness).

The Saints could only muster a 0-0 draw at home to struggling Hull City on Saturday to go three games without a win in the top-flight, yet they still sit ninth and only three points behind West Brom in eighth, and with a game in hand over the Baggies.

However, after an upward curve of three successive top-half finishes, and three successive improvements in league position, it has been reported that the Frenchman is ‘not certain’ to be Southampton boss next season given that he is not going to at least replicate their sixth place finish under Ronald Koeman last term.

Puel was ‘heckled’ by some supporters following their dour goalless draw with Marco Silva’s side on Saturday, and it’s not the first time his style of play has been called into question this term, with his Saints team having managed just 39 goals in the top-flight this term, the joint-least in the top half.

Nonetheless, the 55-year-old did lead the South Coast outfit to the League Cup final, their first major final since 2003, and although they lost out to Manchester United on the day at Wembley, their performance was excellent and could easily have gone their way on another day.

Ultimately, having once again seen a turnover of players last summer, it seems harsh to suggest that his job is on the line, as the Saints could quite easily finish eighth this season, which would deem them the ‘best of the rest’ in the Premier League once again.