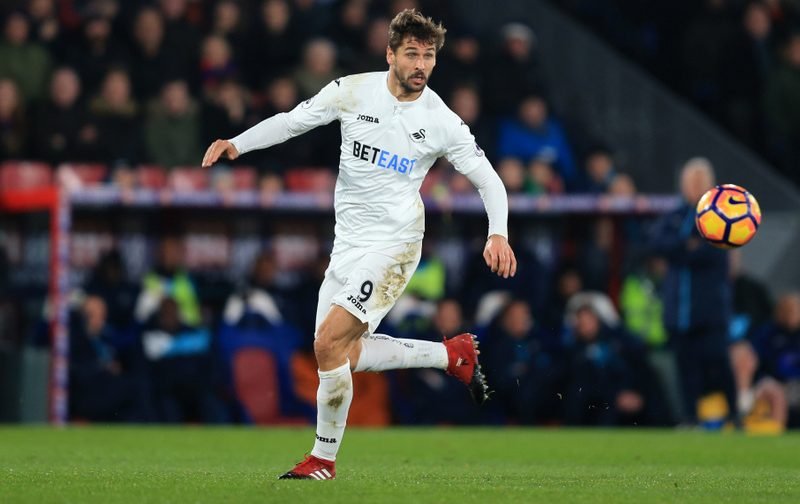 The forward was instrumental in his side’s 3-2 victory over Liverpool in Saturday’s early kick-off. The win was Swansea’s first ever victory over the Reds at Anfield.

Llorente, 31, has been linked with a January switch to Chelsea after impressing with eight goals this season despite Swansea’s struggles.

After the match, new boss Clement insisted to Sky Sports he wants the striker to stay in Wales.

“I think his performance was very good. The first time I was involved in this team was Crystal Palace and he showed all the qualities he had in that game.

“If you get the right kind of service into him he is a goalscorer but you have to give him service.”

The win has lifted Swansea out of the relegation zone meanwhile the defeat for Liverpool has dented their title hopes.

Swansea next play Southampton at home in the league on 31 January.