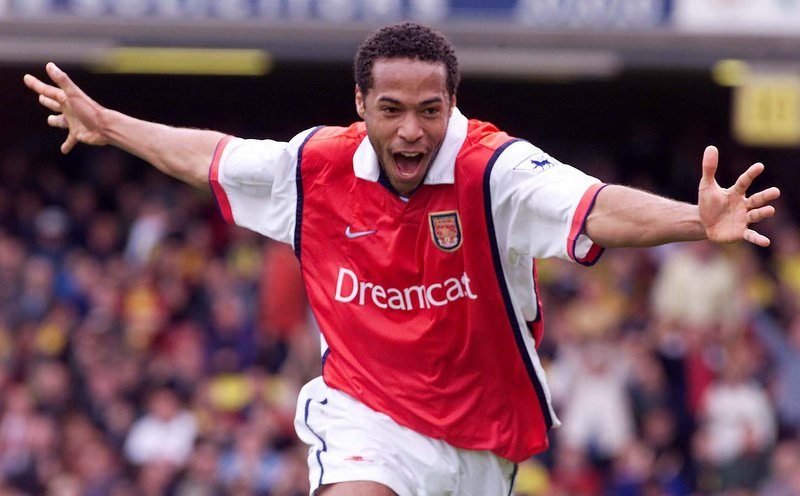 Here at Shoot! we pride ourselves on reviewing them players who are most fondly remembered by football clubs up and down the land. Today our attention is in North London, looking back on the illustrious career of an Arsenal legend.

That leads us to say… Happy 40th birthday to former Gunners and France forward Thierry Henry!

He scored a remarkable 228 goals in 377 appearances in all competitions for the Premier League side, during two spells at the club. 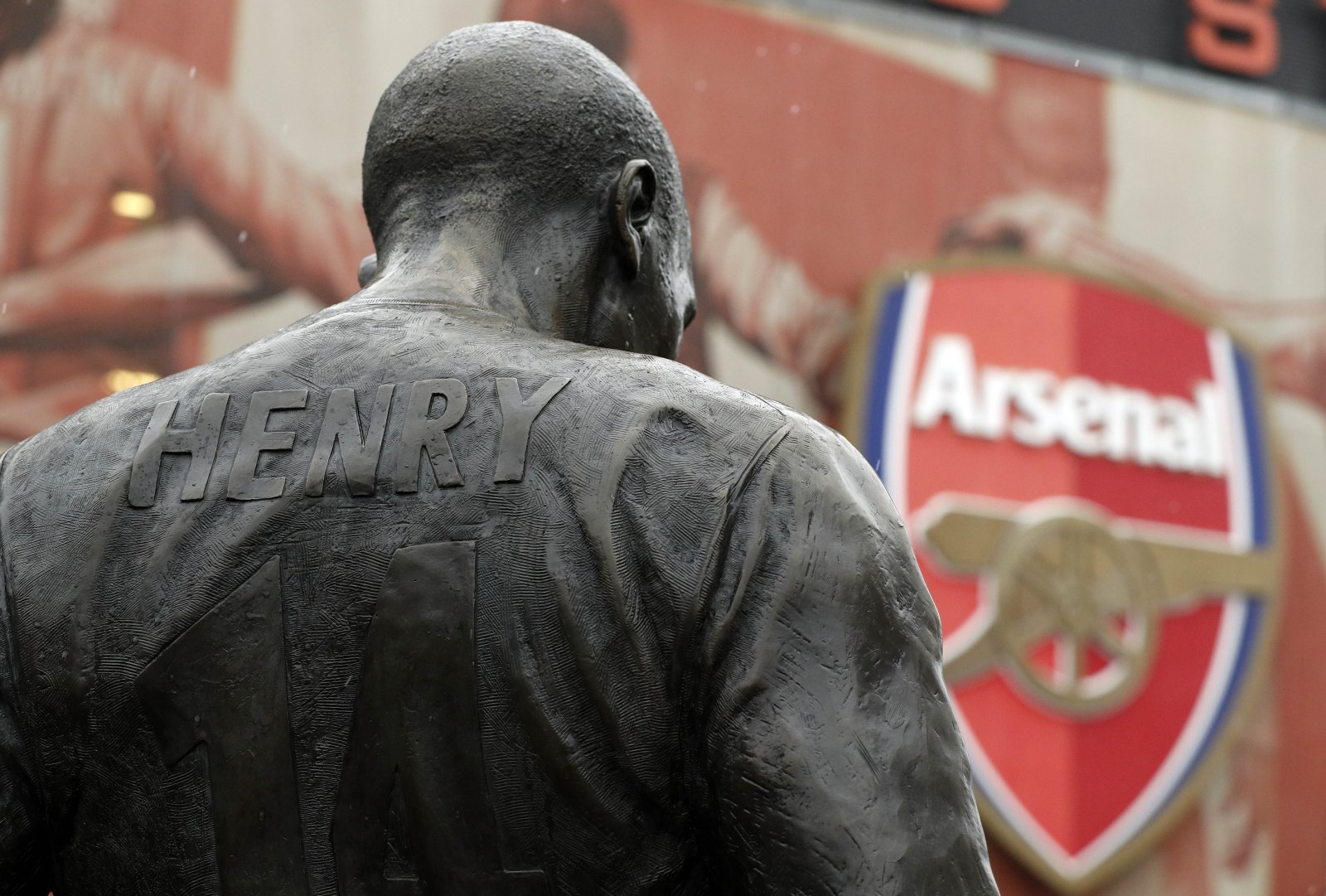 Henry’s statue outside the Emirates Stadium.

It was a certain Arsene Wenger who gave the young Frenchman his senior debut. (More from him later!)

After rising through the ranks; including being named the French Young Footballer of the Year in 1996, lifting a league title, helping the club reach the semi-finals of the UEFA Champions League in 1998, earn his first international cap and becoming part of France’s 1998 FIFA World Cup winning squad, Henry joined Serie A giants Juventus for £10.5m in January 1999.

However, playing on the wing, the Frenchman proved ineffective in Italy. Wenger organised a reunion with the forward just eight months later, luring him to Highbury to sign for Premier League outfit Arsenal in August for a reported £11m.

The rest they say is history!

Instantly converted into a centre forward, Henry initially struggled to adapt to the English game, failing to find the back of the net within his first eight outings. However, the Frenchman proved profitable come the end of his debut season, netting 25 times in all competitions as The Gunners finished second in the top-flight, behind champions Manchester United.

Beyond the millennium; Henry shattered a host of club records, becoming Arsenal’s top goalscorer overall, in the Premier League, in Europe and in the UEFA Champions League. 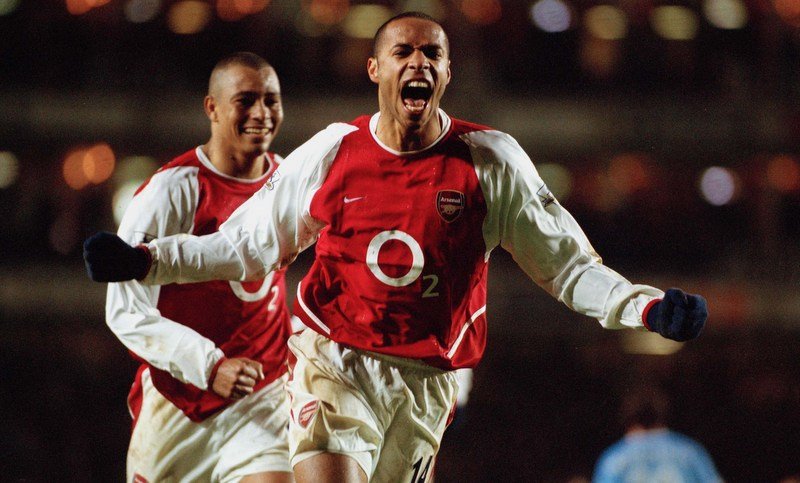 Henry was also spoiled with individual honours during his first spell in North London; being named the PFA Players’ Player of the Year twice, included in the PFA Team of the Year six times, included in the PFA Team of the Century (1907-2007), winning the Premier League Golden Boot four times, the European Golden Boot twice, named the French Player of the Year five times, becoming a runner-up in the 2003 Ballon d’Or and then entering the English Football Hall of Fame in 2008.

The striker’s 2006-07 season was marred by injuries, despite Henry netting 12 times in 27 appearances in all competitions, with his campaign ending in March due to groin and stomach injuries.

Henry’s substitute appearance against PSV Eindhoven on March 7, 2007, proved to be his last game for The Gunners… for a while anyway!

As, rather unexpectedly, Arsenal agreed a €24m deal with FC Barcelona for the transfer of the French star, with Henry putting pen to paper on a four-year deal at the Nou Camp.

Citing uncertainties over boss Wenger’s future at the Emirates Stadium as his reason to leave, the forward scored 49 goals in 121 games for the Spanish giants, going onto win two La Liga titles, the Copa del Rey, the UEFA Champions League, the UEFA Super Cup and the FIFA Club World Cup.

However, despite Henry’s absence, Arsenal fans voted him as the club’s greatest ever player in their Gunners’ Greatest 50 Players poll in July 2008.

Come July 2010, he joined Major League Soccer outfit New York Red Bulls, becoming a star in the American game. But, during the MLS off-season in January 2012, Henry sealed a return to the Emirates, re-joining Arsenal on a two-month loan deal. The legend was back. 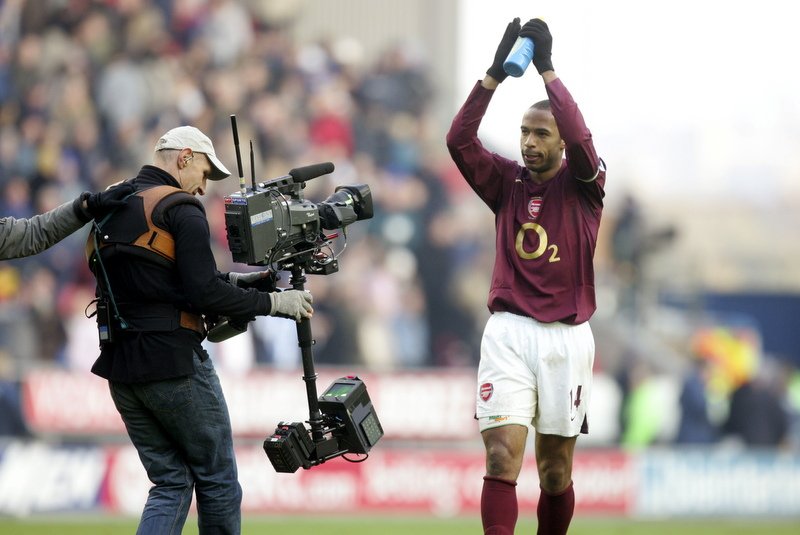 He made seven further appearances for Wenger’s side, scoring two Premier League goals in his final two league games against Sunderland and Blackburn Rovers respectively, whilst also scoring the only goal of the game against Leeds United in the FA Cup third round.

The Frenchman returned to New York by mid-February, in preparation for the new MLS season, whilst also becoming the division’s highest-paid player ever – surpassing England and Manchester United legend David Beckham – with a base salary of $5.6m!

On December 1, 2014, New York Red Bulls confirmed the striker had left the club after four-and-a-half years, 52 goals later and with two Eastern Conference titles in the bag.

Two weeks later, Henry announced his retirement from football and begun working for Sky Sports as a pundit.

As well as still appearing on our television screens regularly, the Arsenal legend has taken up the second assistant managerial role within the Belgium national team since August 2016.