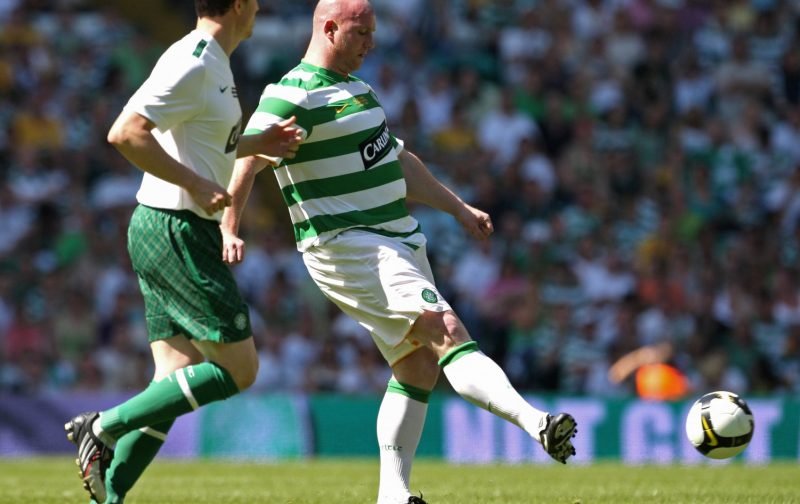 Former Celtic striker John Hartson celebrates his 42nd birthday today, so everyone here at Shoot! would like to wish the Welshman many happy returns!

Hartson started his professional career at Luton Town back in 1992, before enjoying spells at Arsenal, West Ham, Wimbledon, and Coventry prior to a move north of the border to Celtic in 2001.

The 42-year-old spent five great years at Celtic Park, in which time he won the Scottish Premier League three times and the Scottish Cup twice, before moving back to England with West Brom in 2006.

And less than two years later, Hartson retired from professional football having played 497 games at club level, netting 203 goals, and a further 51 times for Wales between 1995 and 2005, in which time he scored 14 goals.

And here at Shoot!, we are always looking to celebrate those players that have become an icon at a certain club during their career, and today seems the perfect time to reflect on Hartson’s legendary time at Celtic. 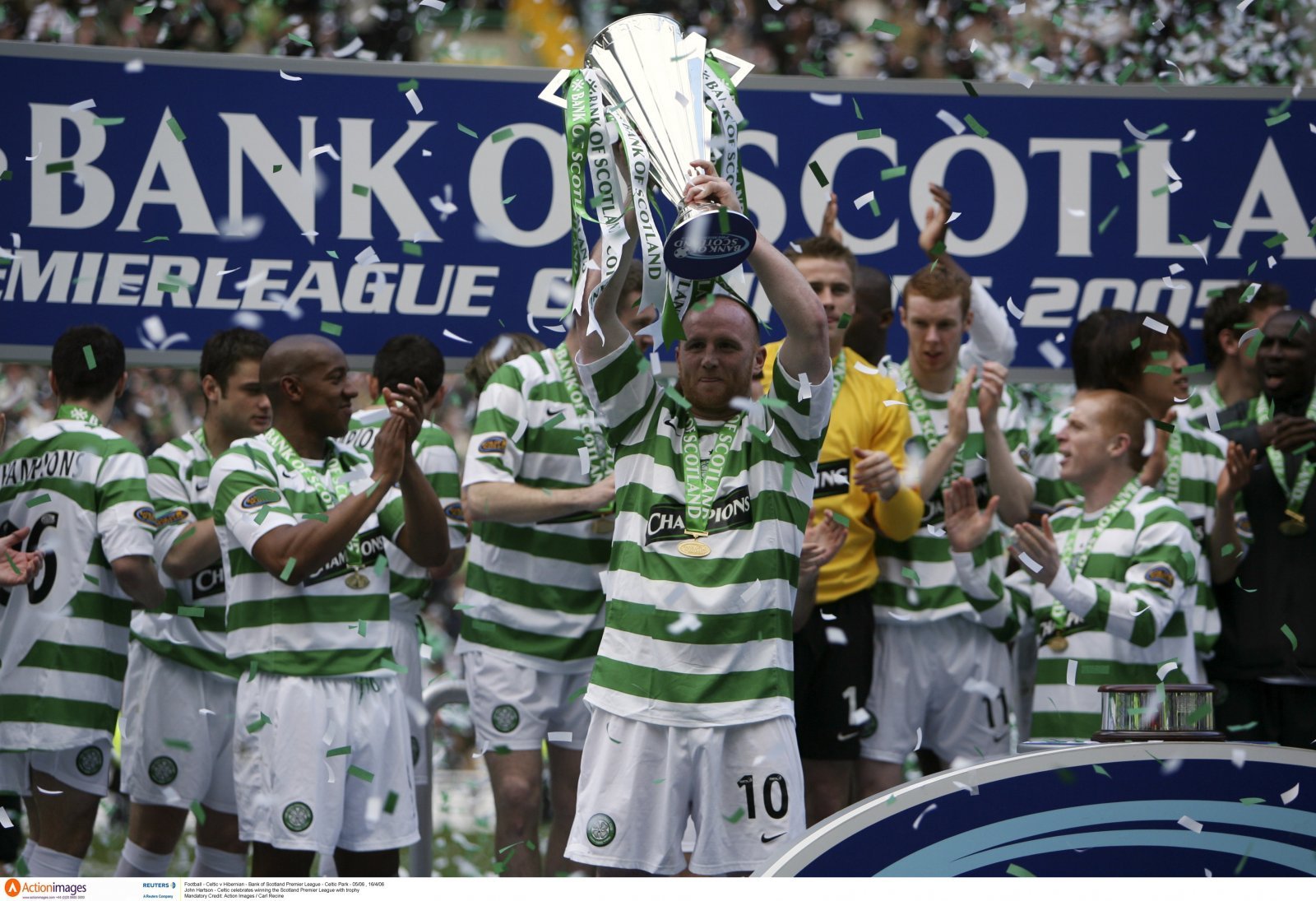 The forward had performed solidly for Luton and Arsenal before moving to West Ham in the winter of 1997, and in his first full season for the Hammers the following campaign, he scored 24 goals in just 42 games to help the East London side finish eighth in the Premier League, missing out on the UEFA Cup by just one point.

Subsequent moves to Wimbledon and Coventry followed before Celtic sealed a £6 million deal for the Welsh striker in 2001, and he went on to net 19 goals in 31 league games in his first season to help the Bhoys win the title with 103 points, a record points tally that still stands today (albeit it could be beaten by Brendan Rodgers’ Celtic this term).

Nonetheless, Hartson had already struck up a fine relationship with the Celtic Park faithful, and continued to endear himself to them in the 2002/03 season, in which time he scored 18 goals in 27 league games, and also netted key goals against Liverpool and Celta Vigo as Martin O’Neill’s side reached the UEFA Cup final, only to lose to Jose Mourinho’s Porto in the showpiece. 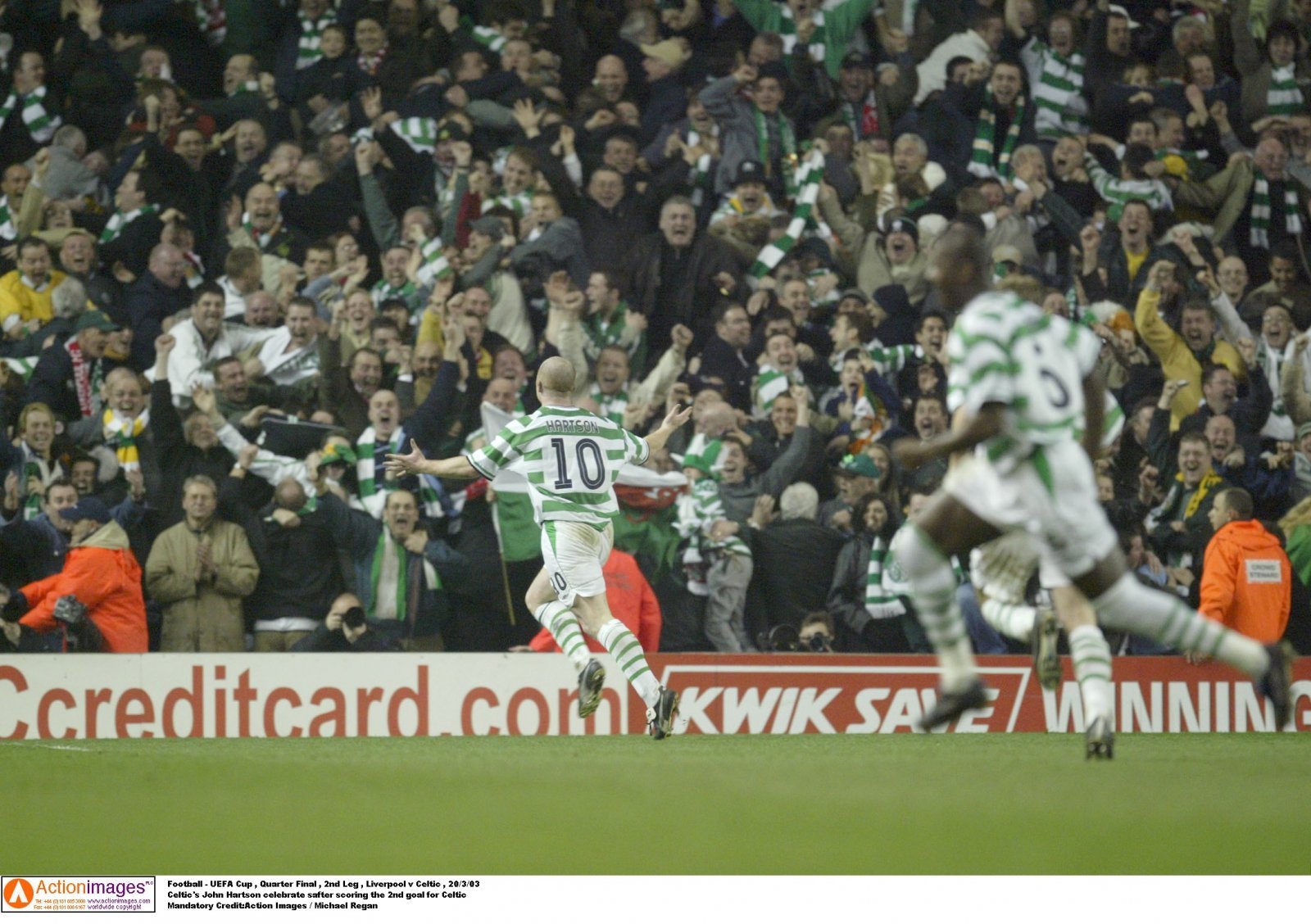 Hartson missed a chunk of the 2003/04 to have surgery on his back, although still managed eight league goals in 15 games as the Bhoys regained the SPL title from Old Firm rivals Rangers, and the campaign after turned out to be his most prolific during his time in Scotland.

The striker scored 30 goals in 50 games in all competitions as O’Neill’s men won the Scottish Cup, and looked set to win the SPL again when they took a two-point lead over Rangers into their final game of the season at Motherwell.

Celtic led 1-0, but two late Scott McDonald goals, coupled with Rangers’ victory over Hibernian, saw Hartson miss out on a third SPL title, but it didn’t faze the Bhoys and, despite O’Neill leaving the club that summer and being replaced by Gordon Strachan, they regained the title in the 2005-06 campaign, with Hartson marking his final season at the club with 20 goals in 41 matches. 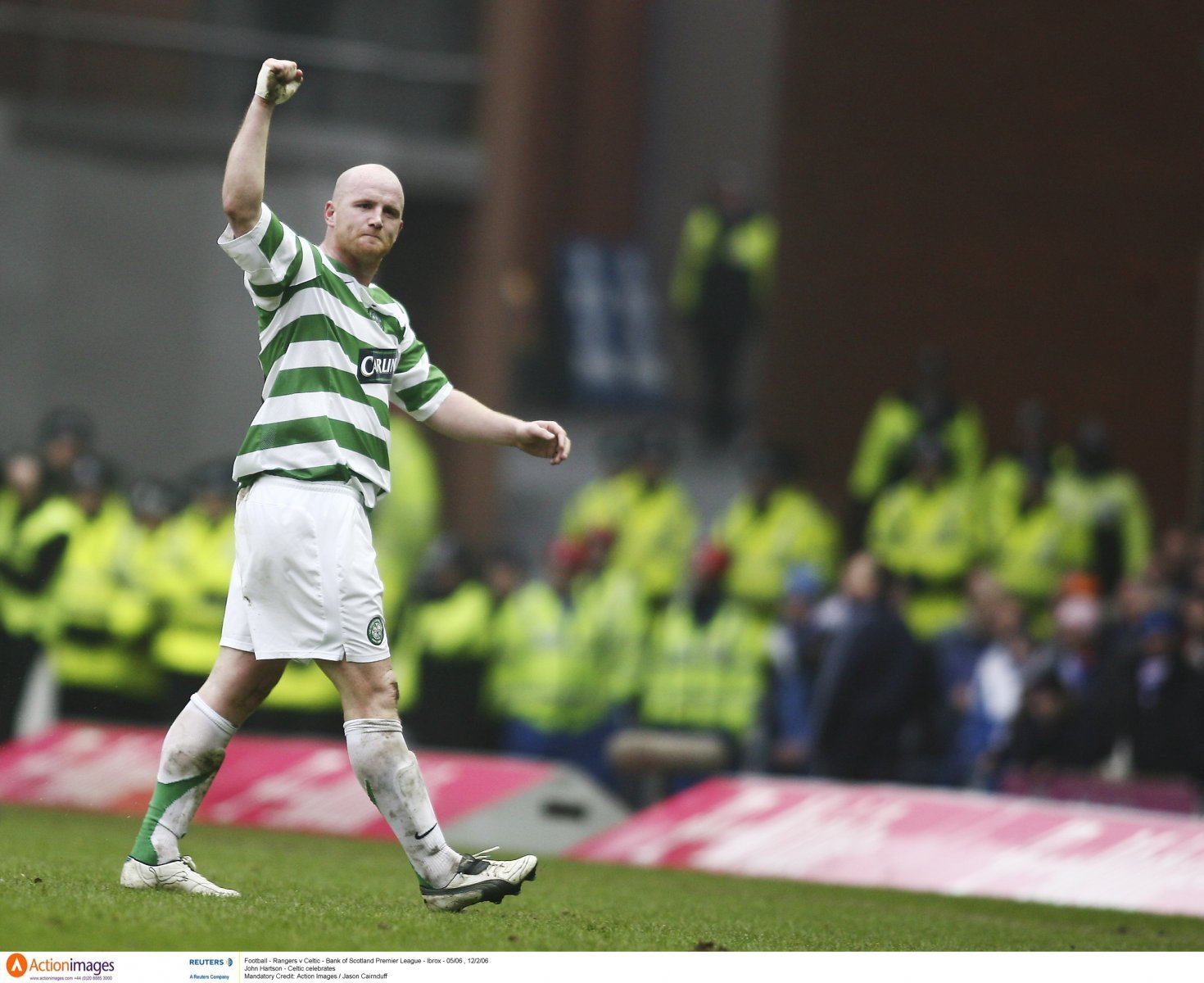 He netted the winner in their 1-0 victory over Hearts on this day 11 years ago to clinch the title, in what his second successive season as Celtic’s top goal-scorer.

However, he then sealed a £500,000 move to West Brom that summer, following five years at Celtic Park, in which time he won three league titles, three domestic cup competitions, and scored 109 goals in just 201 games for the club.

Hartson’s love for the club, and indeed their love for him, saw him get a tattoo of the Celtic crest on his arm, citing the ‘support I was given by the whole Celtic family’ during his battle against cancer in 2009.

There’s clearly a special bond between the 42-year-old and Celtic Football Club, and given the service he gave to them over several years, and the amount of goals and titles he delivered, there’s no doubt that he is a Celtic hero.