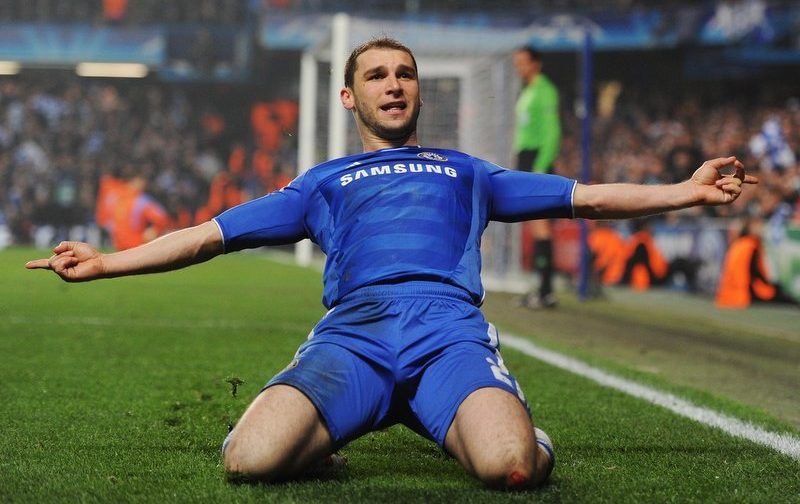 This month’s feature comes from the capital of England, West London, as we look back on Branislav Ivanović’s much loved spell with Premier League champions Chelsea.

The club claim the centre-back was born in Serbia, but made in Chelsea, as his nine-year stint at Stamford Bridge will forever be fondly remembered by his adoring supporters. 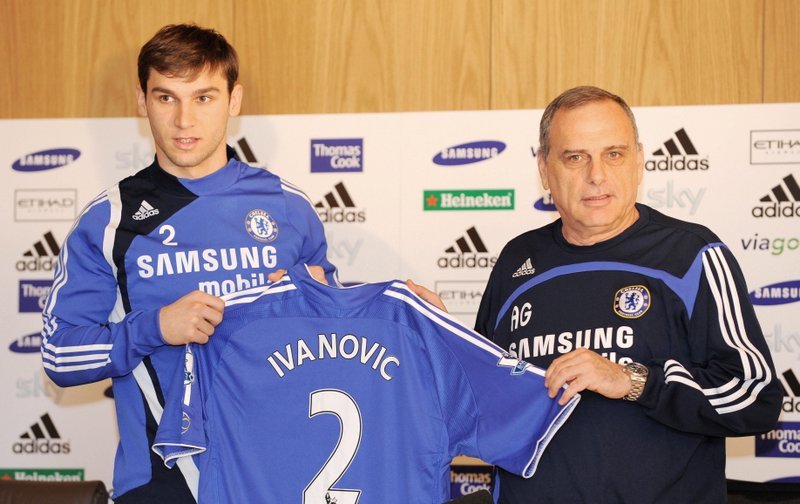 New signing Ivanovic with manager Avram Grant during his press conference in January 2008.

So on his 34th birthday, Shoot! would like to wish the Serbia international defender many happy returns as we look back on his Blues career…

On January 15, 2008, Chelsea confirmed they had agreed terms with Lokomotiv Moscow for the transfer of defender Ivanović to the London outfit.

For a reported fee of around £9.7m, having fended off stiff competition from the likes of AC Milan, Juventus, Inter Milan and Ajax for the Serbian’s signature, Ivanović proved an outstanding bargain, going on to make 377 appearances in all competitions for the West London side, finding the back of the net 34 times.

The defender will be best remembered for his last-gasp header which clinched the UEFA Europa League trophy back in May 2013, defeating Benfica 2-1 in the dying embers of the final in Amsterdam.

That trophy was just one of 10 honours the Serbian lifted at Stamford Bridge. He also won three Premier League titles, three FA Cups, the UEFA Champions League, the League Cup and the FA Community Shield with the Blues.

Ivanović left Stamford Bridge on a high in February last year, scoring on his final appearance for Chelsea during their 4-0 victory over Brentford in the FA Cup, before joining Russian side Zenit Saint Petersburg on a two-and-a-half-year deal a few days later. 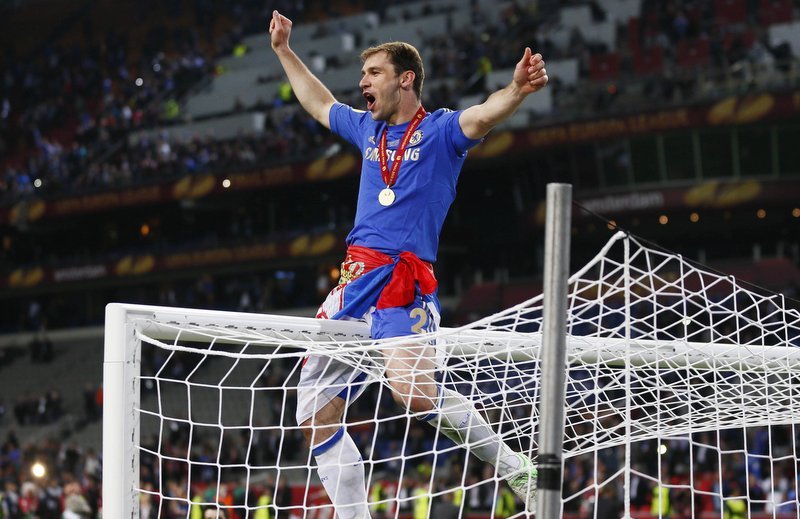 Ivanovic celebrates after scoring the winner in the 2013 UEFA Europa League Final.

He is one of only five foreign players to reach the 300-game landmark for the Football Club, joining the likes of Didier Drogba, John Mikel Obi, Petr Cech and Gianfranco Zola for company.

Operating at centre-half and right-back, Ivanović endeared himself to Chelsea fans with his never-say-die attitude, tough tackling, tenacious presence and leadership, as well as having a knack of popping up with very important goals.

After making his Chelsea debut in a League Cup win at Portsmouth in September 2008, it did not take long for the Blues supporters to warm to him, especially after brilliantly scoring two near-identical headers in front of the Kop to see off Premier League rivals Liverpool 3-1 in the quarter-finals of the Champions League.

A deserved place in the 2009-10 PFA Team of the Year rounded off a wonderful campaign for Ivanović & Co, as Chelsea secured the Double for the very first time, making 41 appearances in all competitions.

The Serbian agonisingly missed out during Chelsea’s remarkable 2012 Champions League triumph inside the Allianz Arena through suspension, but he thoroughly helped his team mates reach the final against Bayern Munich throughout that historic campaign, in which they also won the FA Cup. 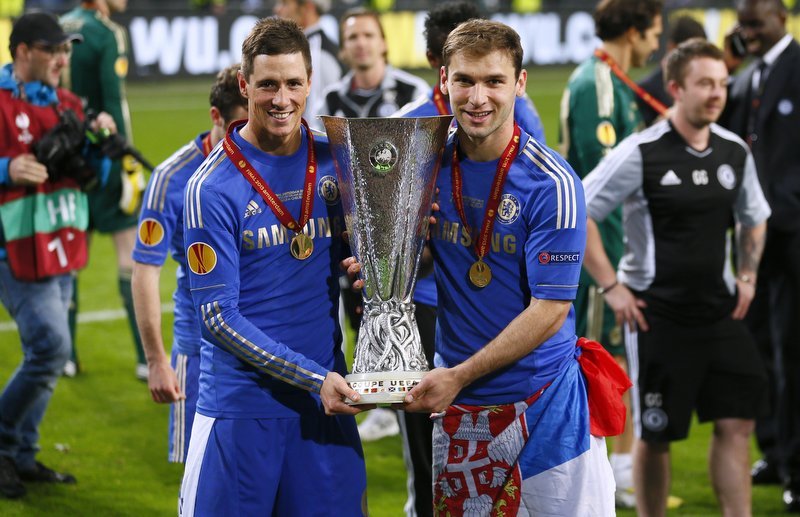 His masterful versatility and exceptional leadership skills saw Ivanović become adored by fans, team mates and staff galore, before the Serb captained the club he loved so much on numerous occasions.

But having started just six league games under manager Antonio Conte last term, nearing the end of the January transfer window, the club allowed the true Blue to leave Stamford Bridge for Zenit on a free transfer on February 1.

Ivanović was a key figure during the most successful period in Chelsea FC’s history, and will undoubtedly go down as a Blues legend.