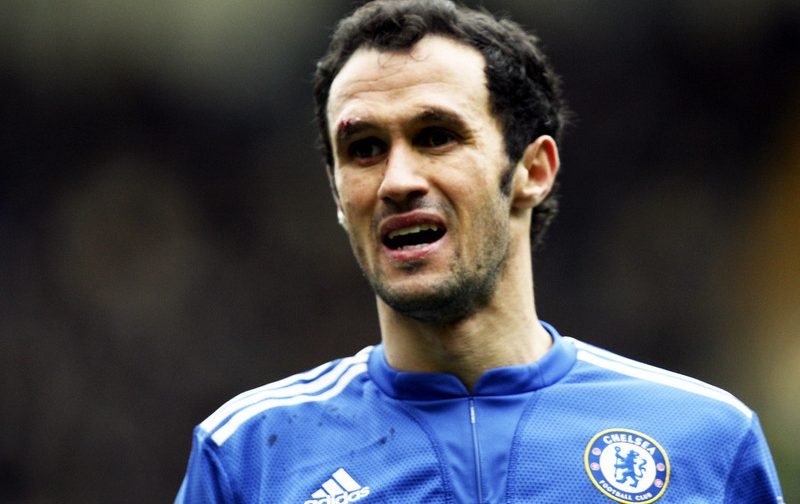 Celebrating his 40th birthday this evening is Chelsea great Ricardo Carvalho, as we look back on the Portuguese player’s career at Stamford Bridge.

The centre-back made 210 appearances in all competitions for The Blues during the club’s most successful period in their history, contributing 11 goals.

During his unprecedented success at Chelsea, where the defender lifted seven pieces of silverware in six years, Carvalho was regarded as one of the best centre-backs to play in the Premier League, let alone at The Blues.

Born in Amarante, Portugal; Carvalho made his name as a world-class defender at FC Porto in his homeland, winning back-to-back Primeira Liga titles (2002-03, 2003-04) and the UEFA Champions League (2003-04) under a certain manager named Jose Mourinho.

Crowned the UEFA Club Best Defender of the Year for his performances, and voted into the UEFA Team of the Year, as well as being included in the 50-man shortlist for the 2004 Ballon d’Or, the Porto star was being pursued by multiple European heavyweight giants, including Manchester United, FC Barcelona, Real Madrid and Inter Milan.

After starring for his country at UEFA Euro 2004, where he was named in the UEFA Euro Team of the Tournament, Chelsea won the race for the Portuguese’s signature, joining the Premier League side for just under £20m in July 2004, securing a reunion with boss Mourinho in London.

During his debut season at the Bridge, Carvalho found the back of the net once in 39 games in all competitions, as Chelsea went on to win the Premier League title, their first top-flight title in half a century, conceding just 15 goals along the way, as well as lifting the League Cup after defeating Liverpool 3-2 in Cardiff, Wales. 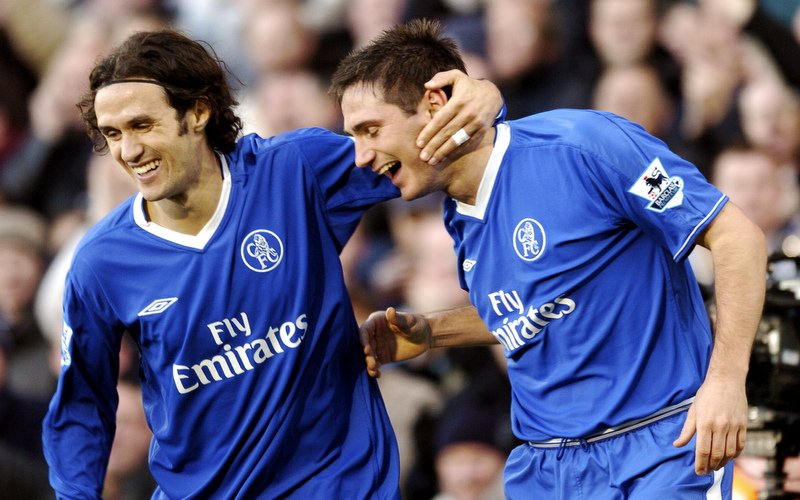 He instantly clicked with fellow centre-back John Terry, before forming a formidable partnership with the Blues legend, which proved highly successful as multiple honours followed.

In 2005-06, he scored three goals in 35 outings for the club, helping Chelsea defend their Premier League crown under the ‘Special One’.

Into 2006-07, Carvalho played 51 games for Chelsea overall, netting four goals, as The Blues defeated Manchester United in the FA Cup final, though the centre-half missed the match after injuring his medial ligaments in his right leg in April 2007.

However, he did receive a winner’s medal after Chelsea beat Arsenal 2-1 in the League Cup final.

The following month, on his 29th birthday, Carvalho put pen to paper on a five-year contract extension at Stamford Bridge, keeping him at the Premier League side until the summer of 2012.

He played 38 games the following 2007-08 campaign, with manager Mourinho surprisingly departing early on in the season, as Chelsea failed to win any silverware, finishing second in the top-flight, just two points behind champions Manchester United.

There was to be more heartbreak to follow, against The Red Devils too, as Chelsea lost to United in the 2008 Champions League final in Moscow, Russia, in a tense penalty shoot out. 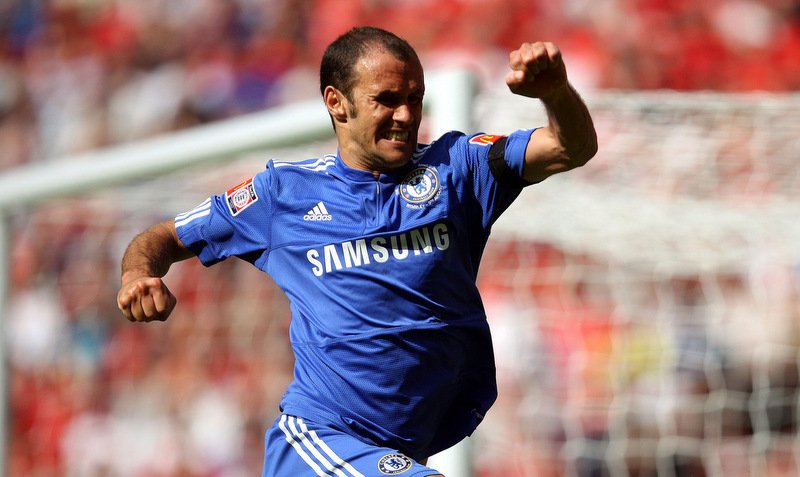 In 2008-09; he played just 18 times for the club in all competitions, as Carvalho lost his place to Alex under manager Guus Hiddink. The Blues defeated Everton in the FA Cup final, though the Portuguese defender was left out of the matchday squad.

Becoming out of favour and having suffering a number of injuries, Carvalho’s Chelsea spell looked to be coming to an end as he reportedly told the club he wished to join Serie A giants Inter Milan in the summer of 2009, seeking another reunion with Mourinho at the San Siro.

However, his potential transfer to Inter collapsed when the Italian club failed to submit an offer for the Portugal international, and the defender remained at Stamford Bridge for the 2009-10 campaign.

Italian Carlo Ancelotti was appointed manager at the Bridge, and Carvalho regained his place in the Chelsea first-team, scoring one goal in 29 outings overall.

His only strike came in the FA Community Shield clash, a fine diving header to help his team mates defeat Manchester United on penalties inside Wembley Stadium. 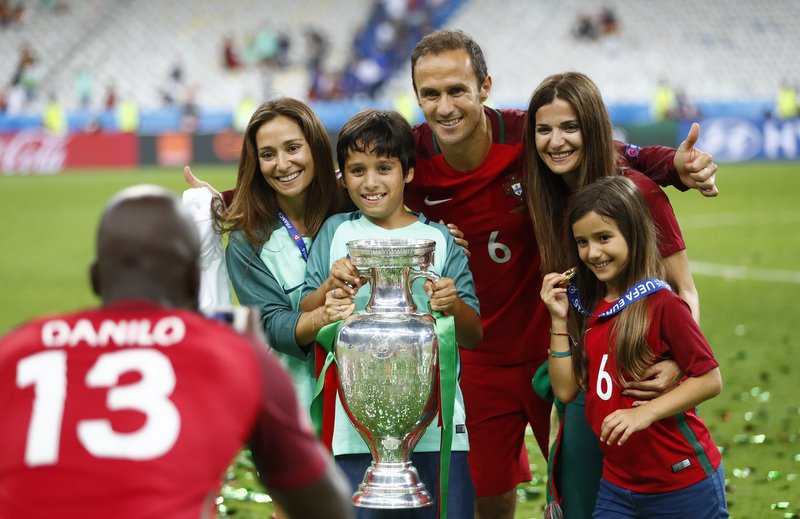 The defender made his 200th appearance for the club during their 1-1 league draw against West Ham United in December 2009.

Come the end of March 2010, Carvalho suffered ankle ligament damage, and was ruled out for the remainder of the season, meaning he missed the Premier League title winning match against Wigan Athletic, and Chelsea’s FA Cup final triumph against Portsmouth.

But it was the Portuguese’s third league title with Chelsea, and the club’s first-ever ‘Double’.

However, following the 2010 FIFA World Cup, Carvalho expressed his desire to work with ex-Blues boss Mourinho again, who had been appointed manager of La Liga giants Real Madrid.

By August, the defender had signed a two-year contract at the Bernabeu after Chelsea agreed a £6.7m fee for the former FC Porto star’s services.

Carvalho went on to play 77 games for the Spanish outfit, winning the La Liga title and the Copa del Rey. 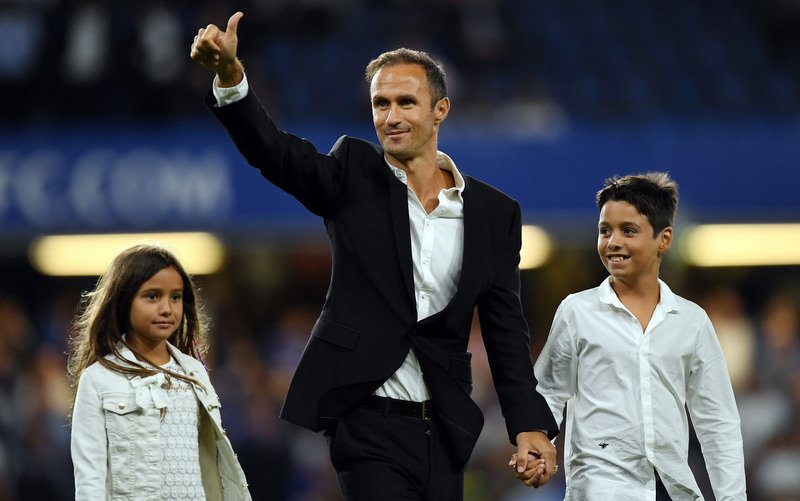 In May 2013, he joined Ligue 1 side AS Monaco on a free transfer, and scored two goals in 122 games for the French club in three years.

By January 2017, he arrived in China to play for Shanghai SIPG, making five appearances, before leaving the club after just 12 months.

Currently, Carvalho is a free agent, and has not been selected in Portugal’s 2018 World Cup squad, but he’ll be forever remembered as a Blues hero that helped kick start mass success for Chelsea Football Club.