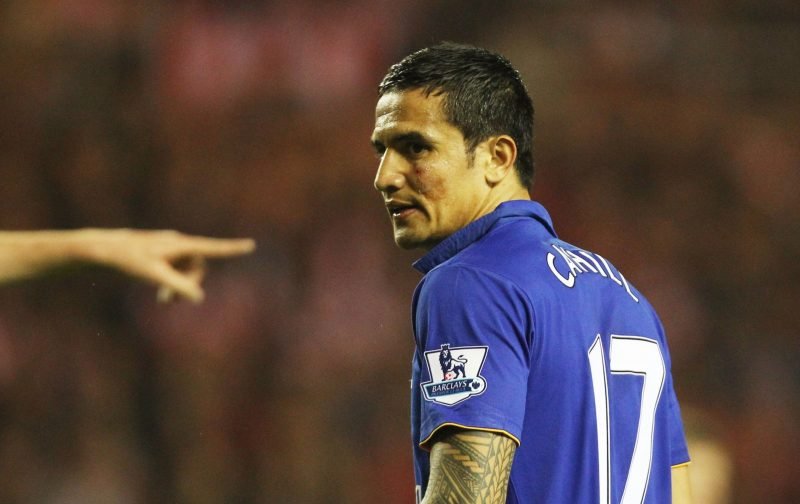 After celebrating his 38th birthday and retiring from international duty as his country’s highest ever scorer with 50 goals earlier this month, Shoot are taking a closer look at Tim Cahill’s Everton career, in which he endeared himself to the Goodison Park faithful.

In the summer of 2004, many clubs had their eye on a 24-year-old Millwall midfielder who had just helped the Lions unexpectedly reach the FA Cup final the previous season, where they were defeated 3-0 by Manchester United.

And after being linked with various Premier League clubs throughout the summer, it was Everton who won the race for Cahill’s, signing him for a fee of £1.5million.

Handed the number 17 shirt, which he would wear throughout his time on Merseyside, the Aussie became an immediate fan-favourite by netting two winners (at Man City and Portsmouth) in his first three top-flight matches. 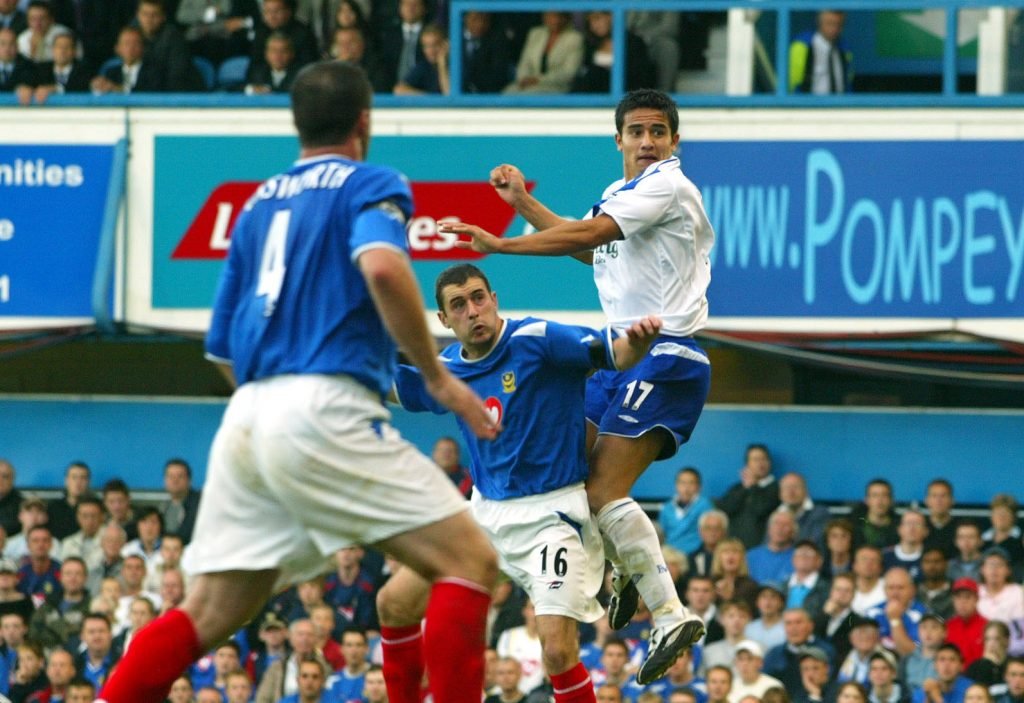 Those early glimpses were just the start of what was a magnificent debut season that saw Cahill finish the club’s top scorer with 12 in all competitions as the Toffees finished, what is still to this day, a Premier League high of fourth.

Added to the fact David Moyes had steered them to Champions League qualification, the blue side of Liverpool had finished above their bitter red rivals for the first time since being crowned champions in 1987.

A mid-table finish and European qualification exit followed next term, but Cahill still found the back of the net a further eight times in what was – compared with the last – a disappointing campaign for the club.

In his first two seasons at Goodison the Australian also helped his country qualify for the World Cup for the first time in 32 years which resulted in him becoming the first Toffee since Neville Southall in 1988 to be included on the 50-player shortlist for the Ballon d’Or.

Over the next six seasons Cahill scored a further 48 times for the Blues but couldn’t quite guide them to that illusive trophy, most notably losing 2-1 to Chelsea in the 2009 FA Cup Final.

Despite doing a fantastic job, Moyes, who was Cahill’s only manager at the club also couldn’t secure silverware throughout his reign.

In one interview in 2010, the Scot said of his number 17: “Tim’s close to being as good a signing as I’ve ever brought to the club. Not just for his goals, but for his all-round attitude and type.”

Cahill finished his eight-year spell at Everton as the club’s second highest Premier League goalscorer, with 56 in 210 league appearances, many of which were celebrated with is trademark punch of the corner flag. 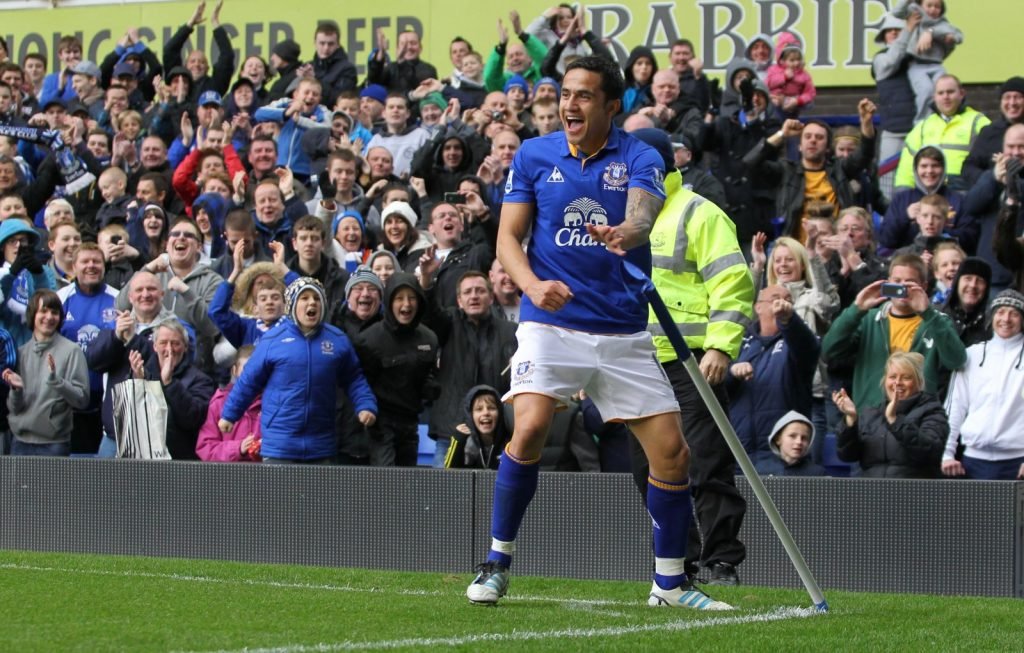 Cahill was known for his trademark celebration.

The Sydney-born star had a knack for scoring in big games, especially the Merseyside derby where he’s the Toffees second highest post-war scorer with five – two behind Graeme Sharp.

Following 256 appearances, the goal-getter decided it was time for him to leave Goodison Park in 2012 and head over to America to sign for the New York Red Bulls in order to prolong his international career.

Since leaving the MLS in 2015, the Aussie legend has represented Shanghai Shenhua and Zhejiang Greentown in China, Melbourne City in his homeland, former club Millwall on loan at the end of last season and now currently plays for Jamshedpur in the Indian Premier League.

However, the first association that springs to mind when you mention the name Tim Cahill is Everton Football Club.