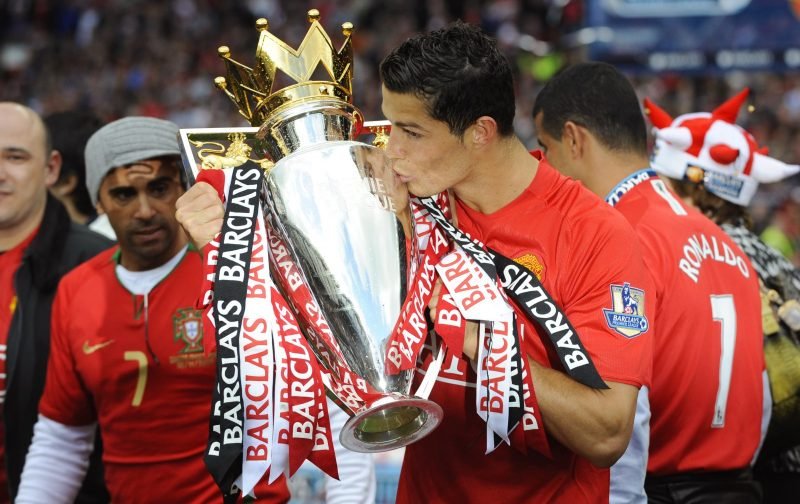 After celebrating his 34th birthday this week, Shoot are taking a closer look Cristiano Ronaldo’s Manchester United career, where his journey to becoming the legend he is today really got underway.

In the summer of 2003, Manchester United paid Sporting Lisbon £12million for the services of the young Portuguese winger.

Funnily enough, United’s players told boss Sir Alex Ferguson to sign him after he impressed against the Red Devils in a pre-season friendly.

Expectations were high when Ronaldo arrived in Manchester, and they only rose higher when he was handed the famous number seven shirt which had previously been worn by the likes of David Beckham, Eric Cantona, and George Best.

United fans were wildly impressed with their new signing when he made his Premier League debut, as he came off the bench in a 4-0 victory over Bolton Wanderers.

Despite some inconsistencies in his game, the 18-year-old claimed his first piece of silverware with the Red Devils in his debut season, when he scored the opening goal in a 3-0 win over Millwall in the FA Cup Final. 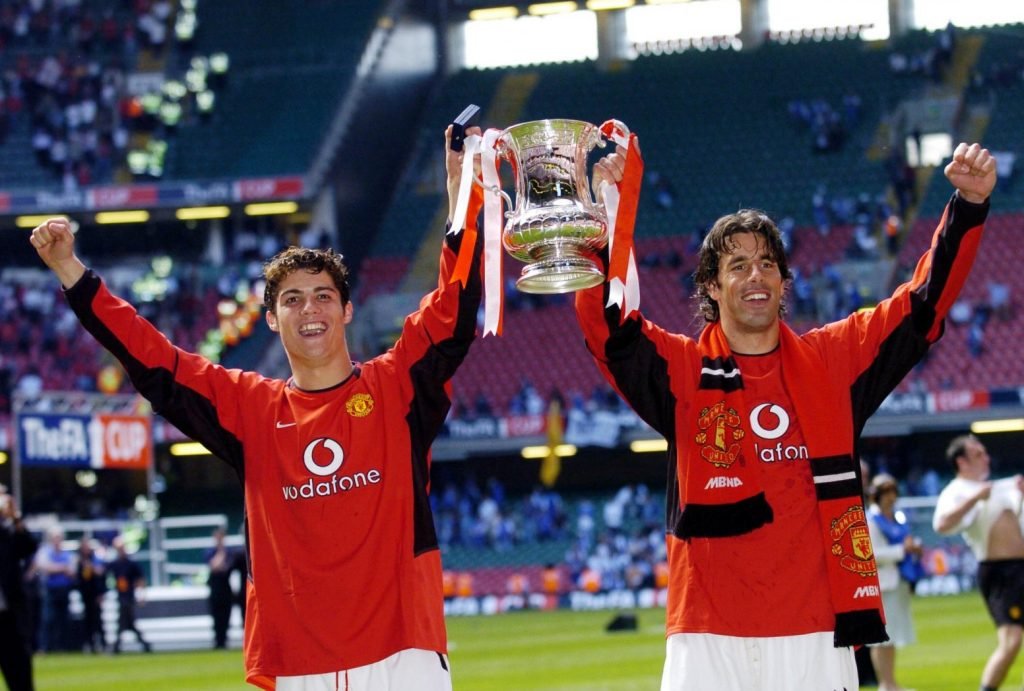 Ronaldo holds up the FA Cup along with teammate Ruud van Nistelrooy.

A trophyless season followed and the forward was still trying to adapt to playing for one of the biggest clubs in Europe.

The 2005/06 campaign brought more silverware in the shape of the League Cup, again Ronaldo getting on the scoresheet in a 4-0 victory over Wigan Athletic.

However, the young prospect was involved in various controversies, including one where he swore at Benfica fans as he was subbed off in a Champions League group match.

The biggest controversy was to come in the summer though, as Portugal faced England in the quarter finals of the 2006 World Cup.

Ronaldo’s United teammate, Wayne Rooney, appeared to stamp on Portugal defender, Ricardo Carvalho, but the referee didn’t seem to be considering even booking the Three Lions striker until he was surrounded by a group of protesting Portuguese players, including Ronaldo.

Rooney was subsequently sent off and, following the incident, Ronaldo seemed to wink at the Portugal bench.

Speculation was in overdrive that United would not be able to fix the rift between the two and that Ronaldo would be sold on.

But Sir Alex Ferguson knew it would be a mistake to let his mercurial number 7 move on.

In the following Premier League season, Ronaldo was relentlessly booed by English fans, but it would go on to be his best year so far, as he helped United to claim their first Premier League title since 2003.

At the end of the campaign, the winger would be recognised for his performances, as he became the first ever player to win all four major individual Premier League awards in the same season.

The young forward would do even better the following term, helping United retain their Premier League title by scoring an incredible 31 league goals, and netting in the Champions League final as Fergie’s side beat Chelsea on penalties in Moscow. 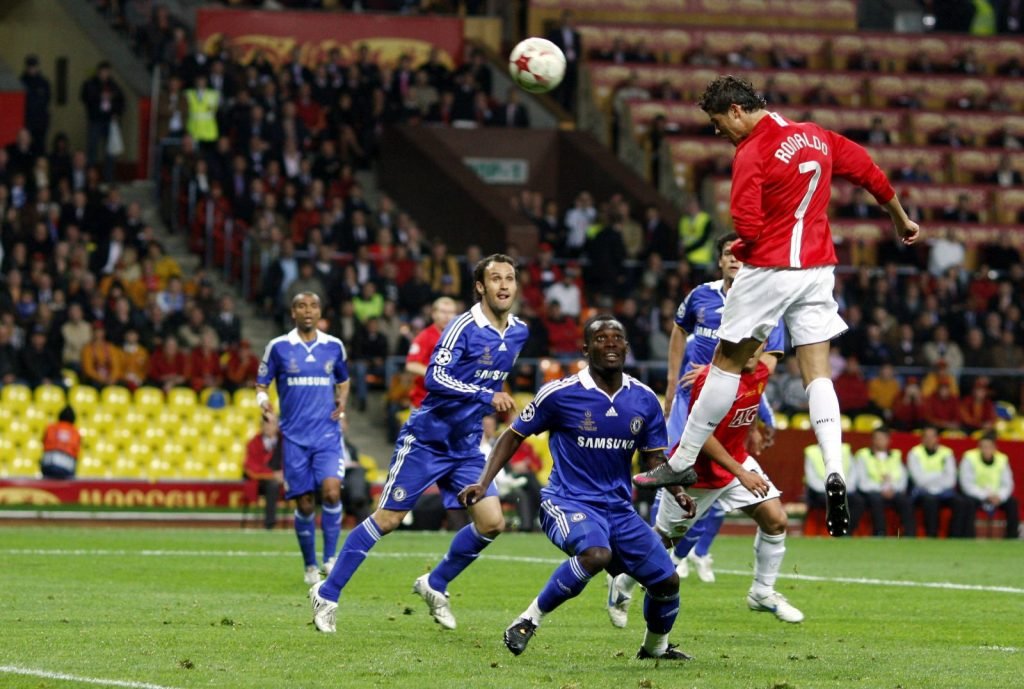 Ronaldo scoring in the Champions League final in Moscow.

Individual recognition would come once again from that incredible year, and he was named the winner of the most prestigious personal award in football; the Ballon d’Or.

The 2008/09 season would turn out to be his last at Old Trafford as, after winning yet another Premier League title, League Cup and the FIFA Club World Cup, the Portugal star was bought by Real Madrid for a then world-record £80million fee.

He had transformed from a rough talent with an inconsistent final ball and a tendency to hit the floor easily, into a world-class superstar who lead by example with his determination and skill of scoring important goals.

Netting in big games is what Ronaldo did, but he’s also a scorer of great goals with his free-kick against Portsmouth, plus goals against FC Porto and Arsenal in the Champions League just three of his best in a United shirt.

He also became the Spanish giant’s all-time leading scorer with a staggering 450 goals in 438 matches. Unbelievable!

After nine years with Los Blancos, the now 34-year-old moved to Juventus in the summer of 2018 for £99.2million.

In Italy, he looks set to pick up the Serie A title with Juve nine points clear at the top and he’s also fired them through to the last-16 of the Champions League – a trophy he’s looking to win for a mind blowing fifth time in six years.

He was undoubtedly  more successful in the Spanish capital than in England but, even so, Manchester United is where Ronaldo first established his name and he’ll still go down as an Old Trafford legend.