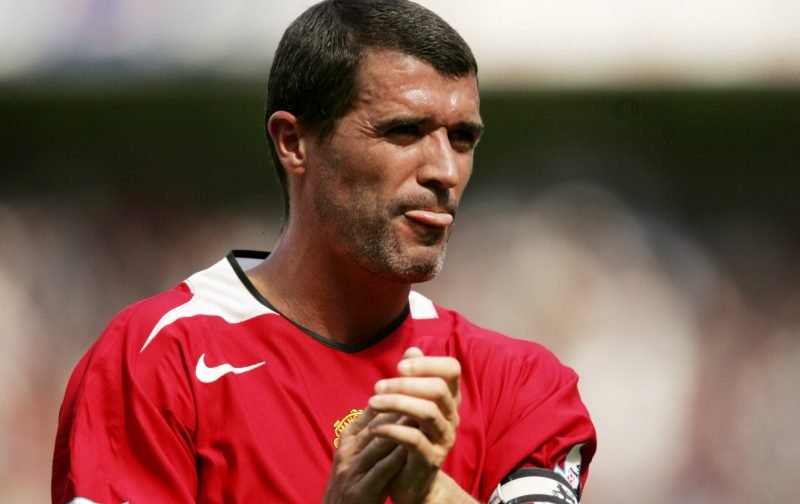 With Manchester United taking on Arsenal in an iconic Premier League fixture on Wednesday, it seems appropriate that Shoot highlight a warrior who symbolises the fierce and competitive nature of the historic rivalry between the two clubs…. Roy Keane.

Coincidence and chance paved the way for Keane to join Manchester United in 1993 from Nottingham Forest for £3.75million, breaking the record British transfer fee at that time. The Irishman looked set to join Blackburn Rovers after Forest had faced relegation, however a mishap with paperwork gave Red Devils manager Sir Alex Ferguson the opportunity to put an offer on the table, which was accepted.

The midfielder was handed his home debut against Sheffield United, where he scored twice and left the Old Trafford faithful eager to see what the new prospect could offer the title winning side. Match upon match, his grit and desire came to the fore. His willingness to do ‘the dirty work’ and allow Paul Ince to push on made Keane one of the first names on the team sheet.

In his first season at the club the tough tackler helped his side to their second consecutive Premier League trophy, as well as the FA Cup. Another two league titles and FA Cup later, Keane was announced as club captain following Eric Cantona’s surprise retirement in 1997. However, a string of injuries meant that the new skipper was limited to just nine appearances.

When he did regain full fitness, he revelled in the extra responsibility, and seven years later he had lifted the Premier League a further four times, FA Cup on two more occasions, the UEFA Champions League and Intercontinental Cup. 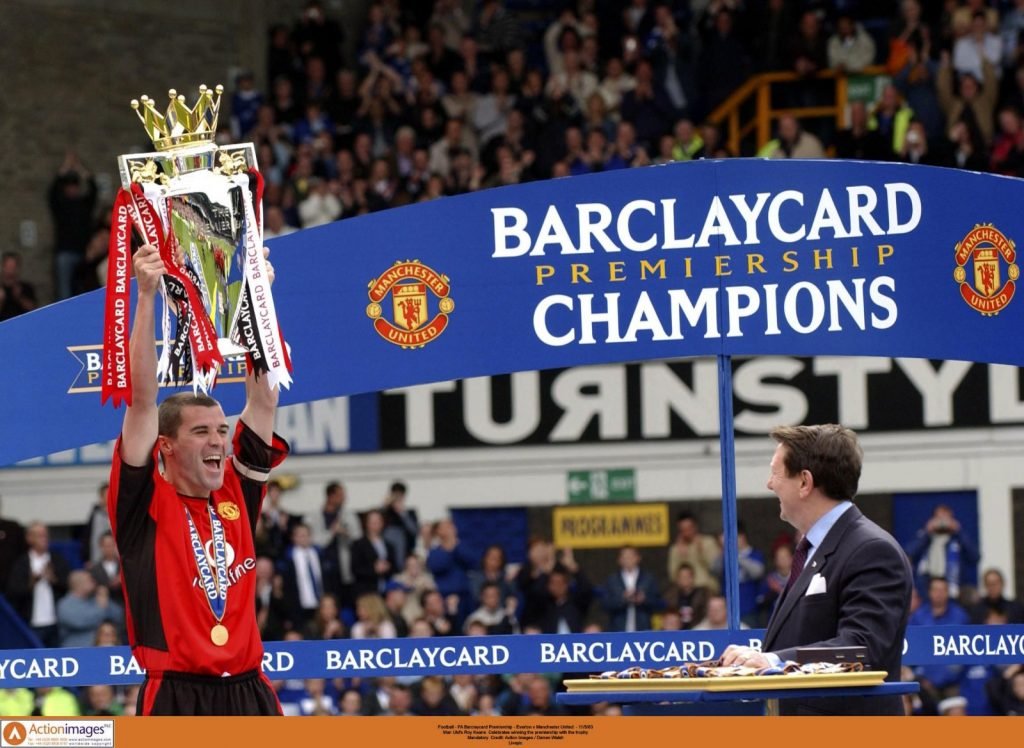 Three of those trophies (Premier League, FA Cup, Champions League) came in United’s historic 1998/99 treble-winning season in which Keane shone in his side’s semi-final win against Juventus despite knowing he’d miss the final after picking up a booking.

It was in the period of the late 90s that the United vs Arsenal rivalry really ramped up as both teams challenged for domestic honours. Fierce rivalries formed with opposition midfielders, the most notable being counterpart Patrick Vieira. The pair had similar playing styles but they had a fiery streak which caused the pair to square up numerous times. 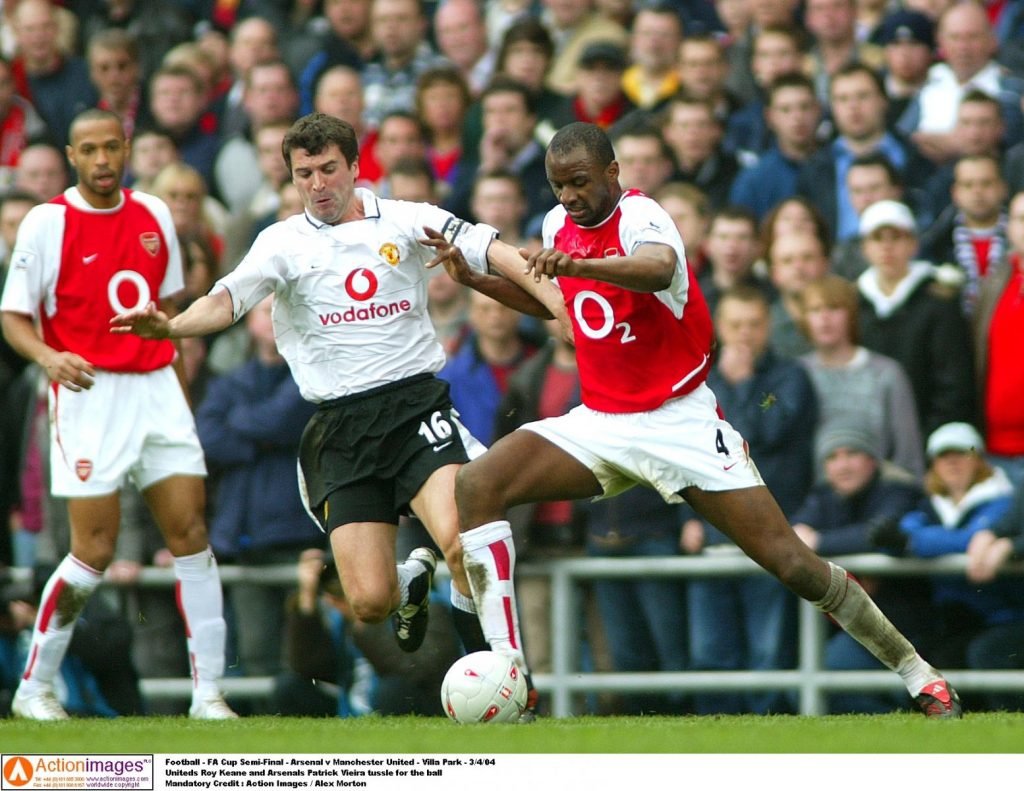 Keane had many great battles against Arsenal’s Patrick Vieira

Following the treble success, Keane continued to guide United for the following six seasons before, in 2006, the Irishman’s United career concluded, signing for Celtic in what went on to be a short and injury stricken spell. The former record signing made 366 Premier League appearances for the red half of Manchester, scoring 39 goals and winning 17 honours.

Roy Keane is renown as a Manchester United and Republic of Ireland legend. His determination, winning mentality and warrior style of play is seemingly lacked in modern day football, with the Cork-born star being referred to frequently as the calibre of leader many sides lack in the current era.