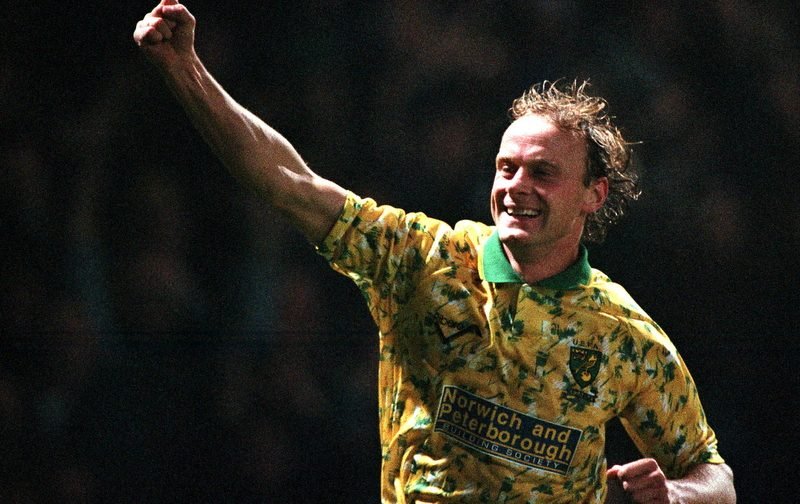 Munich. The 12th biggest city in Europe. The host of the 1972 Olympic Games. The birthplace of Franz Beckenbauer.

But, ask any Norwich City fan about the German capital, and one particular event will immediately process in their mind. October 19, 1993. UEFA Cup Second Round. The pinnacle of the Canaries history.

The 11 men who featured on that night will be remembered for generations in Norfolk. In their only ever season in Europe, the Canaries pulled off the impossible. One man will remember that night more than others; it was Jeremy Goss’ strike that opened the scoring for Mike Walker’s men at the Olympiastadion.

One goal sent him into the history books of Norwich City; he is a Club Hero.

Despite growing up in Folkestone, the former Wales international was actually born in Dhekila, a small British province on the island of Cyprus. Growing up in the port town throughout the 1970’s, Goss idolised those he wished to emulate; football was the game that he adored.

Thankfully he was quite good as it. As a teenager, he represented Kent schools, travelling up and down the country. He began to realise that this was not a bad occupation, why couldn’t he do this as a living?

The club who eventually snapped up “Gossa” (a nickname giving to him in reference to Paul Gascoigne), was Norwich City. It would take dedication, he would be nearly three hours away from his family. But, the prize was massive, playing professional football for The Canaries, a stable First Division side since their promotion under John Bond in the mid-1970’s. 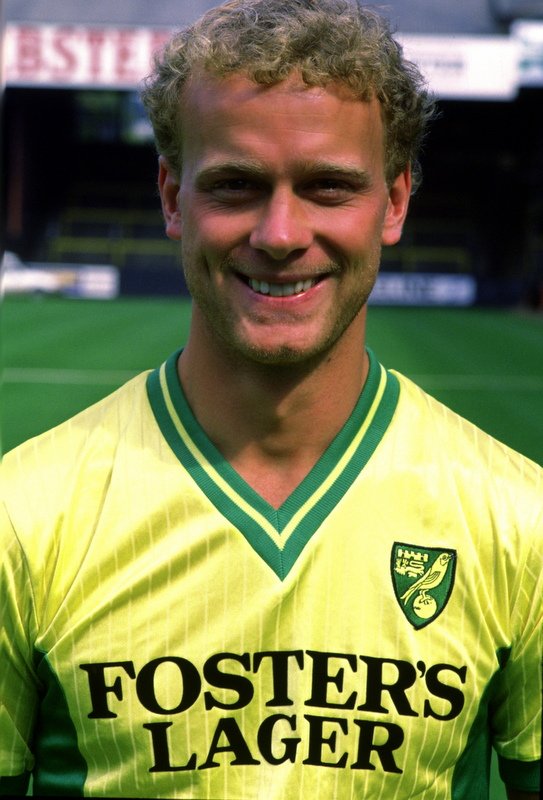 It was an opportunity that he could not decline. And the staff at Carrow Road took a liking to the young midfielder, also. In 1983, he was an instrumental figure in The Canaries’ success in the FA Youth Cup, a 6-5 aggregate victory in the final over Everton ensured that Goss, alongside team-mates such as former Peterborough United defender Tony Spearing, tasted the first piece of silverware in his career.

He joined a group of illustrious names who won the historic competition. Success beckoned.

Goss also attracted the attention of The Football Association. As a schoolboy, he was featuring for England Under-18s, this kid was going to be special.

But it was not all glamour. After all, he had not achieved anything just yet, there was still a lot of work to be done. The club made sure that his foot remained on the ground, he was forced to do the apprentice roles, including preparing the sandwiches for the first-team.

But Goss’ ability lied on the football field, not in the kitchen. But, still hard work and dedication would be necessary to reach the top. Sometimes, however, you are not rewarded for the work you put in. That can be said about Goss.

Despite training at an elite level on a consistent basis, the management team at Carrow Road did not take a full liking to “Gossa.” He would get the occasional appearance off the bench, but that was it.

That was until the year 1992. A time to be daring, a time of change. With the introduction of the newly formed FA Premier League, Goss was introduced into the starting XI a lot more, manager Mike Walker began to realise the talent of the midfielder, who was now 25-years-old.

He soon took his chance. The Canaries did not look back. After featuring in their opening day victory over Arsenal, Goss became a regular on the teamsheet. The high tempo, dictated by Goss amongst others in the midfield, frightened oppositions.

One defeat in Norwich’s first 10 league games of the season propelled them up the table. Victory over Oldham at Boundary Park in early November even put Walker’s men top of the table.

But Mark Hughes’ goal in December at Old Trafford of that year changed Norwich’s season. They failed to win in the Premier League again until the end of January, a 4-2 win over Crystal Palace. The man who stepped up on the big occasion was one Jeremy Goss. His goal instrumental in The Canaries’ triumph.

A turn in fortunes was not enough; what looked to be the season where Norwich finally became champions of England, they finished in an underwhelming manner. But third position did secure a present no Norwich team had never unwrapped before – European football was on its way to Carrow Road.

It was here where Goss began to reach his peak. His goal on the opening night of European football at Carrow Road, ensured that Walker’s men progressed past Vitesse, a 0-0 draw away from home in the second leg secured a 3-0 aggregate win.

Their reward for progression: Bayern Munich, three time winners of the European Cup. A trip to the Olympiastadion lied in wait. A wall of German might stood in front of The Canaries. Bayern Munich had never been defeated by an English club inside the primary venue of the 1972 Olympics. But this time around, the Germans fell to the English.

Goss’ goal ripped the history books in half. A 2-1 victory in late October of 1993 was the finest day in the history of the Norfolk side. An iconic moment that will stay with the small lad from Folkestone forever.

The 1993-94 season will be a year that Goss will remember fondly. His goal against Leeds United at Elland Road earlier in the season hinted at his true talents; he also netted the last goal in front of the old Kop at Anfield with a fine strike from 20 yards out. Another piece of history for this youngster.

But, as manager Walker departed for Everton in 1994 as a result of an argument with chairman Robert Chase, Norwich departed the top of the English game. When Martin O’Neill entered the gates of Carrow Road in 1995, it seemed inevitable that Goss would depart, O’Neill just did not like his style of play.

In 1996, he moved North of the border to Hearts. After an unsuccessful time at Tynecastle, Goss moved back to the East coast when he joined Colchester United.

He eventually ended his career with Kings Lynn in 1999. But, around the East Coast, Goss will only be remembered for one thing: that one strike of a football in the Olympiastadion in October of 1993!