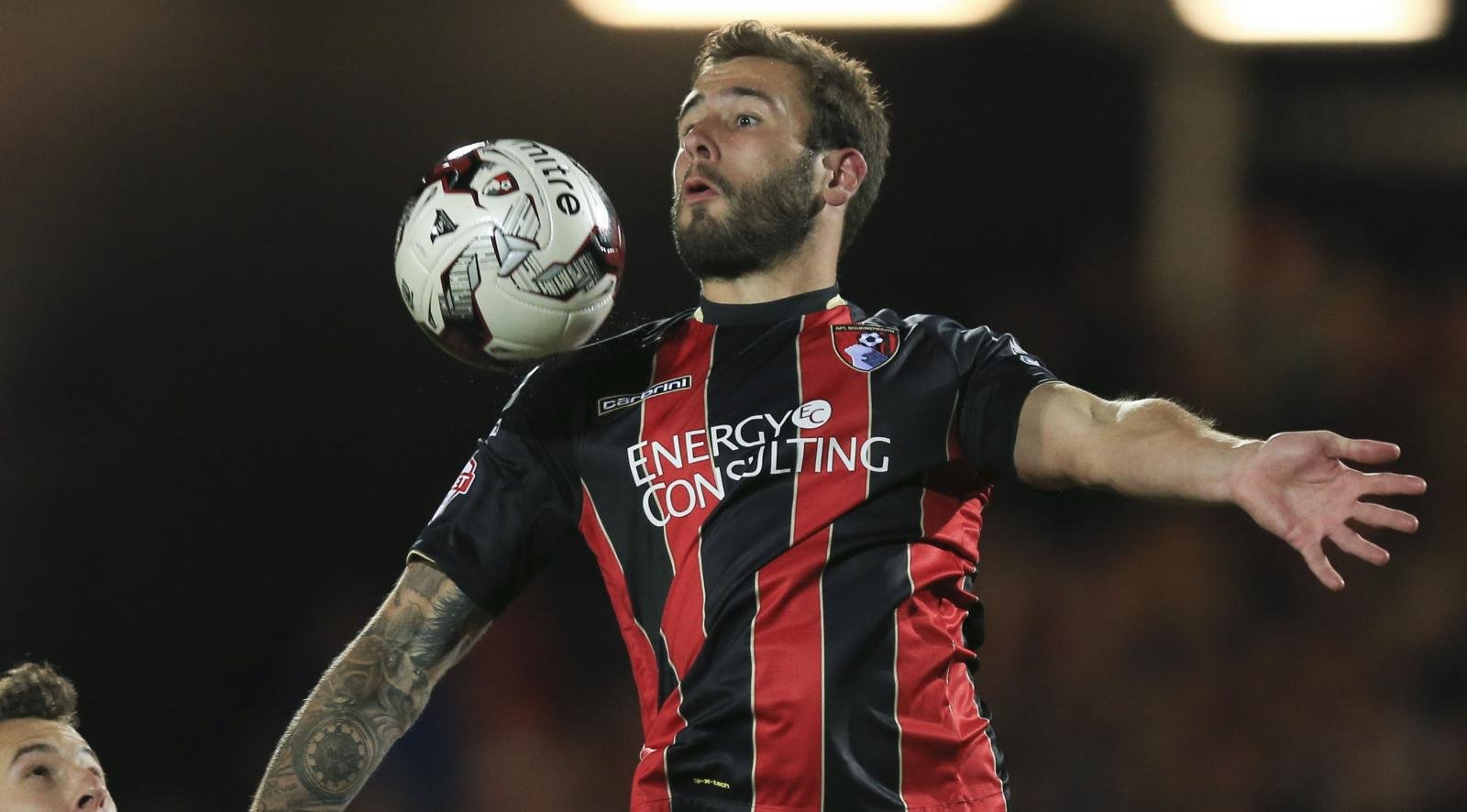 Steve Cook is your typical AFC Bournemouth player. He continues to improve and is hungry to do even better.

On top of that he is one of a few uncapped players in the Cherries’ squad. In fact the only England internationals currently at the club are Callum Wilson at U-21 level and Baily Cargill in the U2-0s. Getting a senior international cap for England is usually the preserve of players in clubs that regularly finish in the top-six or the Premier League, but I can see an opening for Steve Cook.

England have players with ability and players that are at top clubs, but they don’t have that many players that look comfortable on the ball at the back. While Steve Cook has made mistakes and is still developing his game, he has been one of the stars of the Championship. It’s been a tough learning experience and a hard testing ground, but he is now ready to move up.

While Premier League clubs have liked the look of him they have not rushed in with big bids. That may be a mistake on their part as Cook is, in my opinion one, of the most promising centre backs in the country and rather like his manager he has the work ethic to keep improving.

While Roy Hodgson dabbles with filling the void left since John Terry ruled himself out of further international caps, he has found it difficult to find a settled back pairing. Phil Jagielka, Chris Smalling and Phil Jones have been the main choices but all of them had better watch out now that Cook will be getting plenty of TV air time in the Premier League.

Hodgson has already had thoughts of turning to John Stones and he might well find that he has to keep his options open as his side prepare for Euro 2016. While that tournament is very likely to come too soon for the Bournemouth man, it may not be long before the Premier League’s new boys have a centre back that is noticed.

He has a calm method to his game and is very much alert to danger, making numerous well-timed challenges when he plays in red and black. His desire to come forward with the ball and start play off for the cherries is very noticeable and he also chips in with some goals when he gets up for corners.

Liverpool manager Brendan Rodgers has previously gone on record for his comments that players in Eddie Howe’s teams are very brave. Cook is often forced to take the ball on in less than ideal situations at the back, but he’ll beat his man if he has to and find the space to get his pass away more often than not. That kind of skill is sadly lacking among some of England’s internationals at the back and a ready-made replacement is quickly learning his trade down at the Vitality Stadium.

At 24, Cook has much time ahead of him and while I hate to admit it, he is likely to be a player that other Premier League clubs will be unable to resist having seen him get the better of some of the most expensive strikers in the world.

We have seen some errors in his game but they are few. The biggest mistake he made last season was probably when facing Derby County at home when he tried to dink the ball past Darren Bent, but ended up give the ball to him before he crossed to Tom Ince who scored a great goal. Yet, all defenders have a mistake in them now and again.

Scoring has also become a passion for Steve and he invariably gets his name on the score sheet during a season, but even he was speechless when he thundered in the fifth and final goal to sink Fulham at Craven Cottage last March. That moment proved to me that the boy is a bit special – special enough perhaps to be a future England international.

You can check out Peter’s blog page (Cherry Chimes) at www.afcbchimes.blogspot.co.uk.